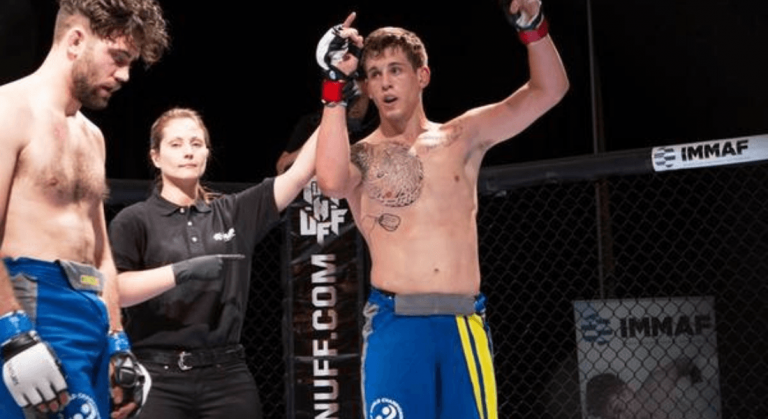 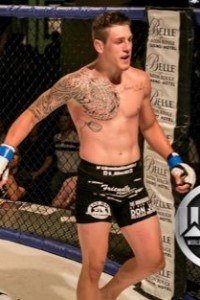 Louisiana has had many bayou warriors over the years with the likes of UFC veteran Rich Clementi. In today’s episode of Across The Pond, you will meet a tiger-like fighter ready to sink his teeth into LFA’S Middleweight division. A professional since August 2015 and representing Roufusport MMA Academy, Brendan Allen owns a 8-2 record in ten career bouts consisting of five submissions and three knockouts.

In his MMA debut, Brendan defeated Zebulon Stroud via TKO in the first round. He also defeated Kory Moegenburg via TKO. Then, Brendan submitted Charlie Rader in the first round via rear naked choke. He also tapped out Matt Jones and Clovis Hancock respectively. At Valor Fights 39, Allen submitted Sidney Wheeler in the second round. He defeated Jon Kirk via TKO in round one at LFA 3. At LFA 18, Brendan submitted Chris Harris via triangle choke in the second round. All bets are off when Brendan takes the fight to the ground!

What attracted you to MMA?

I always liked MMA and I always tussled around with my father and brother and so when I got the opportunity to try martial arts I took it and fell in love.

What has been the most memorable moment of your career so far?

Winning my pro debut with my entire family there and being able to share that moment with them.

I enjoy hunting outside of fighting. I look forward to hunting season to actually get some time away from the sport and the traveling and everything that comes with fighting.

What is the best piece of career or life advice you have ever received?

I have received so much advice it is hard to pick just one. Probably just don’t think to far ahead and focus on the task ahead, one thing at a time.

What is your favorite MMA fight of all time?

I don’t really have a favorite but the most memorable would be the Chuck Liddell and Randy Couture trilogy because that got me started in the watching MMA.

You are coming off a victory at LFA 18, what is next for you?

Next for me would be another title shot or since there is a title fight set for September and I want to fight in October I will fight a good opponent or the Contender Series is an option if they give me a heads up and I can fight in October.

When you are not training, what are some of your hobbies?

Just spending time with my family and enjoying them as much as I can.