Saemapetch Fairtex is looking forward to ONE: EDGE OF GREATNESS on 22 November when he challenges Muay Thai legend Nong-O Gaiyanghadao for the ONE Bantamweight Muay Thai World Title in Singapore.Getting the call to challenge the champion, Saemapetch is absolutely pumped for his first shot at ONE gold.

“I felt very happy when I heard the news,” Saemapetch said.

“Fighting for the title against a Muay Thai legend like Nong-O is a big honor. It’s the biggest fight in my entire career. It is a blessing for me to get to fight him.”

Saemapetch understands the expectations of the crowd to deliver their best performances. After all, Muay Thai athletes from Thailand have dedicated almost their entire lives for the “art of eight limbs.”Saemapetch knows the crowd expects nothing but the best from two seasoned Thai athletes in the “art of eight limbs.” He feels some pressure but is excited to showcase his skills. 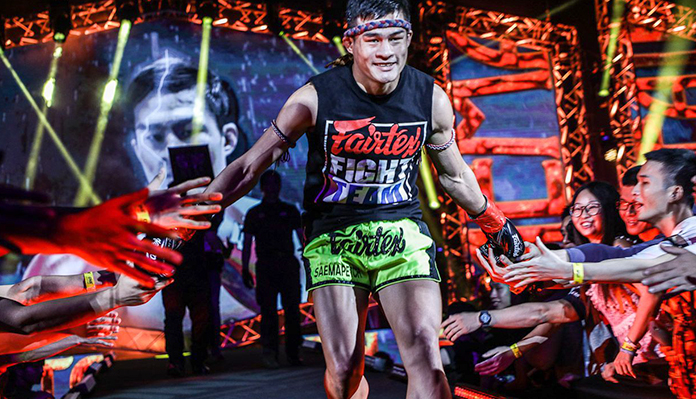 “Of course, this match brings a lot of pressure on me to perform,” Saemapetch said.

“There is a lot at stake, especially when a Thai fighter faces another Thai fighter. I just have to give it my all.”

Analyzing the champion, Saemapetch knows exactly what he’s up against. He also believes that he may have an edge where youth is concerned.

“He can do it all, and he has lots of experience. I think age might be a factor in this one, I’m the younger guy. And he hasn’t faced a Thai fighter in a long time.”

If he’s able to unseat Nong-O from the throne, Saemapetch will have notched his greatest achievement so far. As such, his entire focus is on winning the World Title and beating a Thai legend. 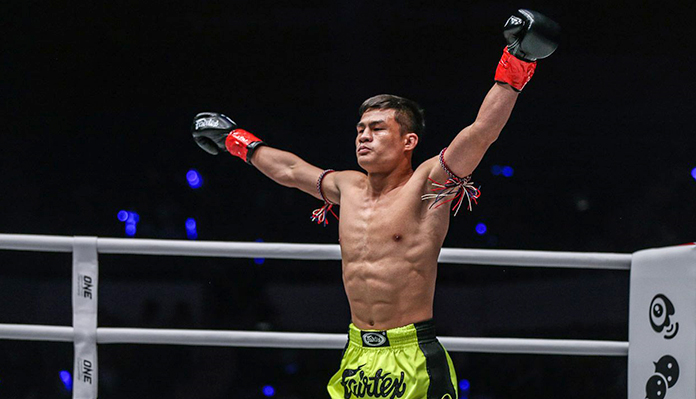 “Winning the title would mean the world to me,” Saemapetch said.

“It’s the biggest most prestigious belt in the world. Fighting against a legend of Muay Thai is already great enough as it is, but winning that belt would be the icing on the cake. Not many people get this opportunity.”

Saemapetch hopes he doesn’t disappoint the fans in his biggest match to date. He has been working hard to make sure that he will be able to go all out and give it his everything.

“Obviously, I have to be in the best shape of my life and I’m training for that,” Saemapetch said.

“I have to showcase my power for this fight. I’m sure it’s going to be fun and the fans will love it. I’m very excited for everyone to watch.”