Malaysian superstar Ev “ET” Ting is coming off a win at ONE: Masters of Destiny after he submitted Japan’s Daichi Abe with a rear-naked choke in the second round of their bout.

Ting will next face Singapore’s knockout king Amir Khan in a three-round lightweight bout on 22 November at ONE: EDGE OF GREATNESS at the Singapore Indoor Stadium.

Khan has been in a slump, dropping his last three bouts to top opposition, namely Saygid Guseyn Arslanaliev, Ariel Sexton, and Eduard Folayang. This upcoming bout is an opportunity for Khan to get back to his winning ways, but “ET” has other plans.

“I am sure he is hungry but the feed isn’t happening on the 22nd of November in Singapore,” Ting said.

“Amir Khan is a very well-rounded and respected lightweight. I will be pushing all the openings Amir presents and we will leave it all on the line for the fans.” 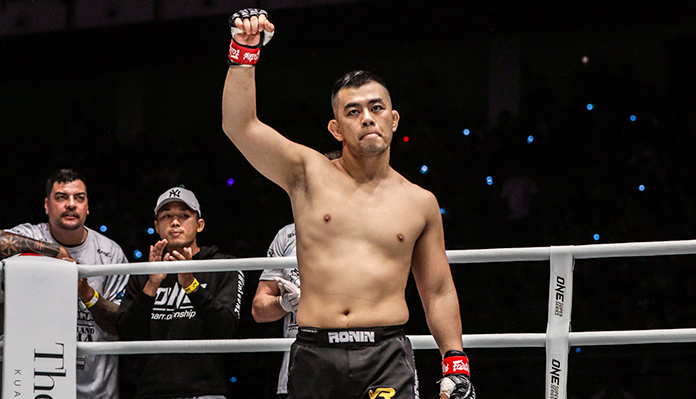 Ting is one of the world’s best lightweights who has made an impact across Asia, New Zealand, and Australia before he shook things up in ONE Championship.

He debuted with a three-bout winning streak, knocking out and submitting his opponents in the early rounds. Since then, he has been one of the most exciting finishers of the promotion.

The 30-year old has proven to be dangerous in all areas of the game, having stopped his opponents in a variety of methods. He currently holds an impressive record, including wins over proven contenders such as former ONE Welterweight World Champion Nobutatsu Suzuki, Sexton, and Kamal Shalorus.

He may not always be on the winning end, however. But Ting is perhaps most proud of the fact that he always comes to fight.

“Although I may not receive the most Facebook impressions, the live crowd is always the loudest for my exciting style.”