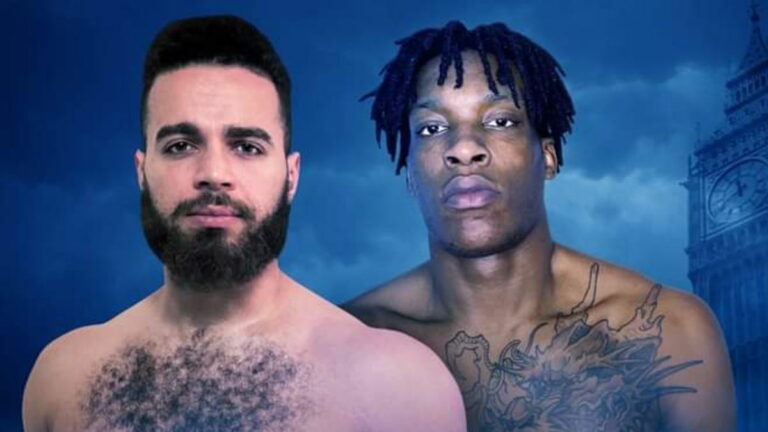 I’d like to start this off by thanking you for taking the time to speak to me today Matthew, how has fight camp been going in the build-up to your scheduled bout at Fightstar Championship 20?

Back in June was the last time fight fans got to witness you in action, at Lockdown Fight Series Caged In when you took on Steve Rifformato. This being your first step on the professional scene, how did it feel to not just secure the victory but to do it in such an explosive way via TKO/KO for your professional debut?

“To be honest I’ve had so many setbacks before turning pro. Either being in the gym I’m training at, lockdown in general, opponent pull-outs or didn’t get that last win before turning pro etc. Now I’m finally a pro and have had a win and lessons on my journey here. I felt I faced all kinds of talents and styles before I’ve made this jump, so now it’s now or never. Steve Rifformato was a good debut. He gave me problems on paper because he was a southpaw and a lot of my techniques were almost out the window. But I was still happy to get that KO/TKO. It helped a lot as my main sparring partner Elliot Allen is a southpaw and he’s tall just like a lot of these guys I’m likely to face, including my next opponent. For any of you that don’t know Elliot Allen, let’s just say he’s a prospect that hasn’t had his spotlight yet, but the world will know who he is. He’s my secret sparring partner and I’m so grateful to have him. Multiple time world taekwondo champion and a true martial artist.”

Many amateurs looking to step into their professional paths all aspire to victory when they take their first step onto the professional circuit. What advice would you give to aspiring amateurs to mirror your extraordinary victory that night?

“To all the amateurs out there, all I can say is train hard, understand the techniques that work for you, decide what weight class is good and have that target set. I was floating between light heavyweight and middleweight. I was always told I’m too small for light heavyweight so I always tried to cut weight to get to middleweight. I may have looked ripped but it did take something away from my performance. My gas tank and strength would get zapped. I cut years ago the wrong way, I didn’t have a coach and almost killed myself. It took me a good six months to recover. I then learnt to cut weight properly and felt a lot better but still not to my full potential as my cardio still took a hit. Some people feel good after cutting and others feel terrible, believe in yourself. We hear this a lot about believing but the truth is we all have that bitch in our minds that can take you back, but when you train hard and believe you can surprise yourself. Also, this is a trial and error period. You learn from your losses and don’t relax too much after wins. Two previous opponents won on Bellator as a pro. One being James Reedman and the other being Luke Trainer. Reedman I won the 1st round triangle on debut and Trainer I was winning but lost due to a cut stoppage, which was the biggest disappointment of unfortunate events. This was my light heavyweight debut, which I felt great as I didn’t cut weight and that gave me the confidence as a light heavyweight. after seeing how far Lukes got in his career, I’m super happy for that guy.”

As previously stated, your next war in the cage will take place on December 18th at Fightstar Championship 20. You’ll be taking on Simeon Powell, a fighter you were set to take on at Contenders31 back in October. Not many fighters get matched up with cancelled opponents in the cage. Being Simeon was a fighter you expected to face, you’ve had plenty of time to study your opponent leading up to the 18th. What do you make of your opponent?

“I’ve seen a lot of Simeon’s fights and he looks good within his skill set. He seems to look better whenever the next fight happens. I feel it will be a great fight. I’ve been in this game for 13 years and now I feel it’s time to put my full commitment into competing. I was set to face him before but unfortunately, I got sick as soon as I got back from holiday. I was on holiday when I got offered the fight and tried to come back earlier but due to Covid, I had to stay out there for 14 days. By the time I got back, I had 4 weeks of camp. I was willing to make this work but almost immediately I got so sick. Eyes, nose, chest, throat, weakness, headaches and everything. It would have been stupid to try and make four weeks work, so pulling out was my only option. I found out my opponent wrote “he’s a runner he’s a track star” which I didn’t take too kindly to, but I just saw it as him trying to advertise himself like people are scared of him. I knew I’d be matched with him again and as soon as I put my name down for Fightstar he’s name got mentioned again and I said yes immediately and laughed about it to my sparring partners because I knew it was fate.”

Athletes are always looking to push themselves to strive in the fight game. Taking on a professional of Simeon’s talents and coming out victorious would be such a confidence booster. Do you strive to take on the bigger opportunities when being matched up in the cage?

“I see all the media on Simeon and I can see why, Nine fight win streak is quite impressive. I wasn’t too impressed with a lot of the people he faced but the fact he’s active and committed I know he’s a great fighter. I feel like In this game you’re going to eventually fight them all anyways so the order doesn’t always matter too much. He’s not long turned pro also. A win over him does get heads to turn in my direction and I will roll with the momentum.”

Fightstar Championship 20 is going to rock the Crystal Palace national sports centre to its very foundations. A very exciting card indeed, other than your inclusion on the night, what fight are you looking forward to witnessing come December 18th?

“I keep seeing new bouts being made, I probably haven’t seen every match that’s been confirmed, but I’m looking forward to seeing all the guys I’ve trained with in the past. People like Jonas Grace and I think a few others. If I know the guy personally then that’s the person I want to watch and see win. Jonas was my number one bjj sparring partner until I loved gyms. He’s another guy the world needs to look out for. 77kg 6ft 4 bjj master with his cardio, Fight IQ and knowing how to use his range. They call him the octopus for a reason but I call him Kraken!”

Last but not least do you have a message for the fans that will be in attendance and anybody you’d like to shout out to?

“I’m still currently selling tickets. Some people are coming and some people can’t make it, you know how it is. However, I give a shout-out to anyone on that night that can make it and come along to support me. The MMA pro journey has only just begun, my past has made me the fighter I am today and I look to put all my skills to the test in the pro rankings.”