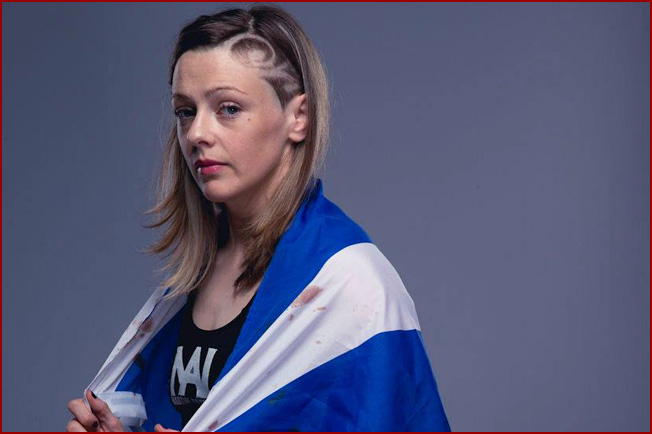 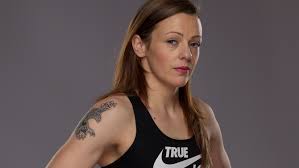 In this feature we will take an in depth look at a different female fighter competing on the upcoming 20th season of The Ultimate Fighter. This season features the introduction of the Strawweight (115lbs) division to the ever growing ranks of the UFC. The winner of this season will not only be crowned the TUF 20 winner but will also be the first UFC Strawweight champion. This season promises to be full of talent and drama. The teams will be coached by experienced UFC lightweights Gilbert Melendez and champion Anthony Pettis, In this weekly feature we will be taking an in depth look at each fighter competing in the season in depth.

This week we’re going to start by looking at one of this seasons favourites. Joanne ‘Jojo’ Calderwood. Jojo is the Scottish Muay Thai Champion and ranked 4th Strawweight MMA fighter in the world according the Unified women’s MMA rankings. She’s 5ft6, comes from Glasgow, Scotland and trains at the Griphouse gym. Her background is obviously in Muay Thai but she also possesses a blue belt in BJJ. At the age of 27, she has already been training in Muay Thai for 14 years. She was obsessed with the sport from day one, spending most of her time training and learning to fight.

She has a quiet, very reserved, humble and polite demeanour about her despite this killer instinct from young. Jojo has worked in several different jobs before a pro MMA fighter, including helping children and people who were on ventilation machines. 12 hour shifts must have made training difficult. This just shows dedication to the sport, she eventually found a gym where she could work and train therefore renewing her ability to contribute the appropriate time she needed too to excel.  In 2009 Jojo was named STBA fighter of the year in Muay Thai, as well as she is the current ISKA World Flyweight Champion, IKF European Flyweight Champion, the WKL European Flyweight Champion and the WBC UK Flyweight Champion and is ranked #2 in the world by the World Professional Muay thai Federation 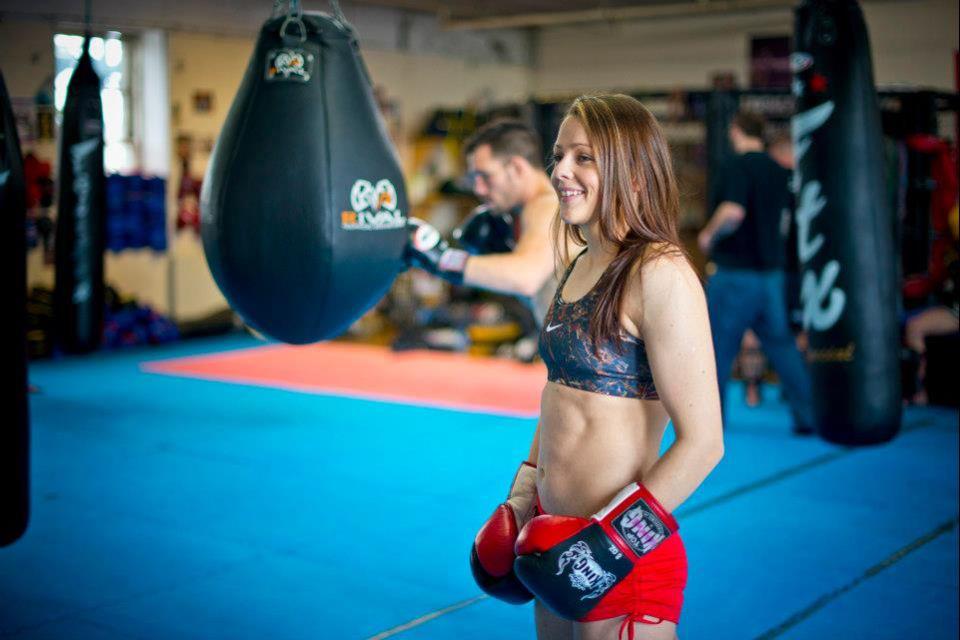 Jojo transitioned into MMA slowly and in 2012 took her first pro fight. She proceeded to win via TKO in round 1 in her hometown Glasgow. Her second fight was 4 months later and took place in Indian promotion SFL at SFL 3. Jojo again won, this time via UD.she took two more fights in 2012 both of which she won via ko/tko. Well known female mma fighter Ashley Cummins was the victim to Calderwood in one of those fights. The win over Cummins was Calderwoods debut into well known and fiercely popular female promotion Invicta. 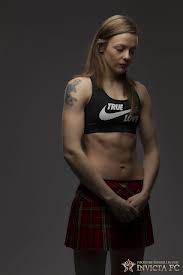 2013 was another successful year for Jojo as she took 4 fights over the year and won 3 via decision and 1 via tko over female veteran Sally Krumdiack at Cage Warriors back in Glasgow.

Her last fight was December 2013 and she has been out of action since, but this attributes to her signing for TUF 20 in December 2013.

In the mean time, Jojo’s vicious performances and accurate striking have led to her gaining quite a following without having said much at all. All her talking has been done in the cage, and this girl is set to show the world exactly what Scotlands women are made of. She is a perfect role model for women, a kind, giving and humble person who is a very hard worker.

People like Jojo deserve success, and deserve you support. Scottish fans, stand up tall, between Jo Calderwood and Robert Whiteford you have two potential future legends.