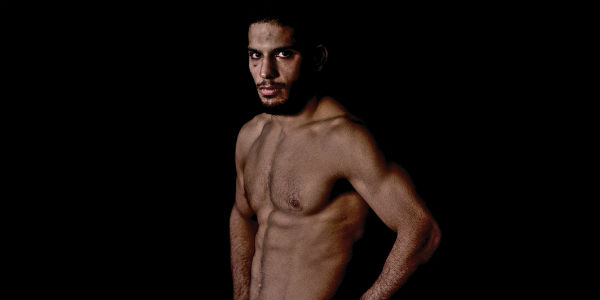 Noad Lahat impressed in his featherweight bout against Steven Siler on Saturday at UFC: Lawler Vs. Brown, taking home a unanimous decision victory but this will be his final UFC fight, at least for now. Tomorrow Lahat will be flying home to rejoin the Israeli army in the current conflict with the Palestinians in their fight over Gaza.

Speaking with UFC commentator Joe Rogan in his post-fight interview, Noad spoke about what the future holds and his mentality going into the fight.

“I wasn’t surprised that I won the fight. I knew I had probably taken the first two rounds, and when he got me in the figure four there in the third, I just had to wait for my opportunity to get out of it,” Lahat said. “This last two months has been an absolute hell, worrying about all my friends and family. I just knew I had to go back and help my country. I wasn’t going to say anything about the conflict, but while I was warming up [American Kickboxing Academy coach] Bob [Cook] showed me updates on Fox News that shelling had started again in Israel. I wanted to show my flag and use my victory to give my family strength in this dark time.”

“I’m having fun here. This is fun; this is a job,” Lahat said. “But I’ll have nowhere to go back home if I don’t go there. If me and my friends, my brothers-in-arms, won’t go to defend my country, we’ll have nowhere to go. It’s something I really don’t want to do — I want to stay here and have fun and enjoy the rest of the week after two really tough months. But man, I’m going to have to go, otherwise I’m not going to have a home. My mom and my dad have 15 seconds to run to get shelter when missiles are falling on them, and I’m here in sunny California. I love California, but I need to go and defend my home.”