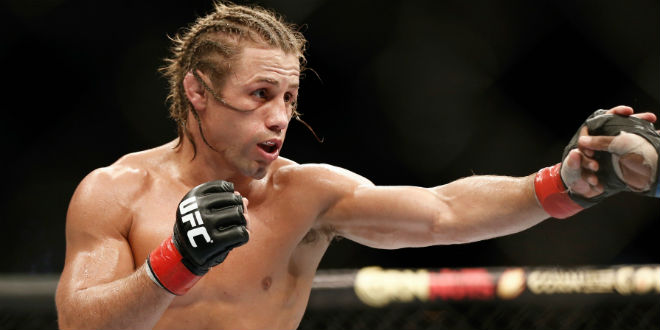 Talk about a tough UFC debut, and they don’t come much tougher. Former Sengoku Featherweight champion Masanori Kanehara will be welcomed to the UFC by former WEC Featherweight Championship and frequent UFC Bantamweight title challenger Urijah Faber on the main card of UFC Fight Night: Hunt vs. Nelson on September 20.

Faber (31-7) most recently fought at UFC 175 on July 5, adding another victory to his win column with a submission over Alex Caceres. ‘The California Kid’ will be looking to climb the ladder to a title fight once again having only ever lost in the UFC in title fights, twice against Renan Barao for both the Bantamweight championship and Interim title and once versus the injury plagued Dominick Cruz. It remains to be seen if he would fight fellow Team Alpha Male training partner and new Bantamweight champion T.J Dillashaw if the opportunity presented itself though they have both previously indicated they’d be against it. 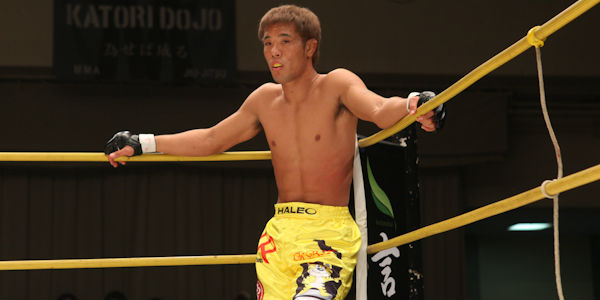 Masenori Kanehara (23-11-5) most recently saw a six-fight winning streak ended when he lost via disqualification loss against Toshiaki Kitada at Deep: 66 Impact when it was ruled he had thrown Kitada out of the ring intentionally. One notable man Kanehara holds a victory over is Norifumi Yamamoto (18-6-1), better known as ‘Kid’ Yamamoto, who hasn’t fought since UFC 144 in February 2012 and who was rumoured to be Fabers original opponent.

A few years back both Faber and Yamamoto were the two fighters to watch in the lesser known lighter weight divisions. ‘Kid’ was putting on exciting fights and finishing opponents in style while Faber was defending his WEC title in back to back defences and both looked untouchable. Of course things change and they both ended up losing fights but the debate still went unanswered, who was the better man? Unfortunately they never got a chance to fight and now we’ll have to wait a little longer for that fight after Yamamoto suffered an injury that will keep him out of any fights in the foreseeable future.

The event is set to stream live on UFC Fight Pass and will be headlined by a battle between fan-favourite heavyweight duo Mark Hunt and Roy Nelson.