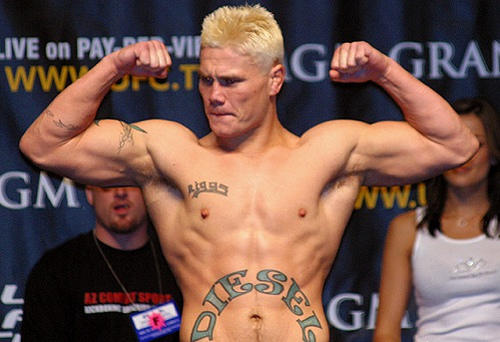 No sooner are we getting over the shock that Joe Riggs is back in the UFC, we’re now shocked for the reason he is out of his scheduled return bout against Paulo Thiago.

According to the official UFC press release, Riggs was taken to the hospital after accidentally shooting himself in the hand and thigh while cleaning one of his firearms. He is reportedly currently undergoing treatment.

The UFC released the following statement on the incident.

“We were made aware that newly-signed UFC competitor Joe Riggs was involved in an unfortunate accident last night. While cleaning his permitted firearm (a pistol), the gun discharged, injuring his hand and upper thigh. Riggs was transported to a nearby hospital in Arizona where he is being treated by physicians. We wish Joe a speedy recovery.”

A replacement opponent for Thiago is being sought and will be announced shortly.

Riggs, who hasn’t fought in the UFC since 2006, is currently riding a six fight winning streak stretching back to 2011.

There is currently no word on Joes expected recovery time but from all of us at MMA UK we wish him the all the best and hope he’s back to full health sooner rather than later.