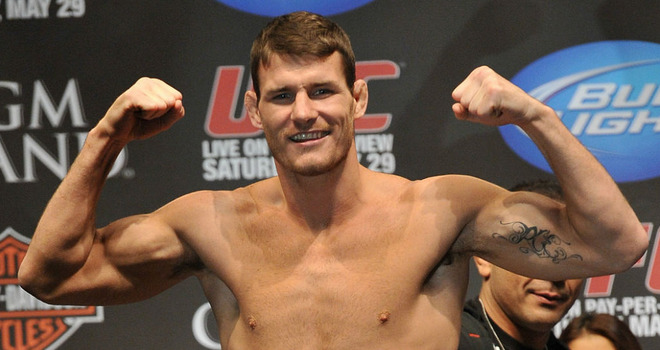 “They weren’t clean,” Bisping told MMAjunkie. “We all know they weren’t fucking clean. They’ve only just started doing blood tests. People have been taking (human) growth hormone and EPO and all kinds of shit for years. A urine sample will only show certain things, and people know when to come off stuff. It’s an IQ test. The blood test they do now will catch more people because they’re testing for more things, but they didn’t do that before.”

You can usually put comments like this down to being a sore loser. But when you consider that 3 of Bispings last 4 losses are to Vitor Belfort, Chael Sonnen and Wanderlei Silva you can see why he’d be accusing them of being dirty. All three have been caught up in drug testing scandals over the past several months.

In recent months the NSAC and UFC officials have making bigger efforts to increase the quality in drug testing for fighters. Just this past week we reported that Robert Drysdale and Kevin Casey had failed post-fight tests.

Does Bisping have any sympathy for them? Well, no. In fact he had a few choice words aimed at Drysdale.

“Fucking Drysdale, he can kiss my ass,” Bisping said. “I’ve never met the guy, he could be the nicest guy in the world, but what I see is a guy who failed his fucking test, then was on TRT, then said, ‘Oh, I don’t need TRT.’ He came off it and there you go, that’s my fucking problem with TRT right from the get-go. You either need TRT or you don’t. You can’t get a doctor to prescribe it and say, ‘Oh, I don’t need it and I’ll come off it.’ You’re a cheat, and now he failed his IQ test. Not only is he a steroid cheat, but he’s fucking stupid.”

Bisping is a self-proclaimed clean fighter who has never failed a test. He believes the right way is a clean way and putting in the time and effort in the gym

“I’ve never done anything in my entire life,” Bisping said. “Today I was the first one to the gym. I was fucking kicking pads while people were just chatting away about what they had for dinner last night. Now the next class is halfway through and I’ve only just fucking finished. I do it the hard way and I work my fucking ass off.

“We’re trying to knock each other’s fucking heads off. We’re not trying to put a ball in a basket. The situation is horrible.”