Tim Silvia Explodes With A Rant On Dana White 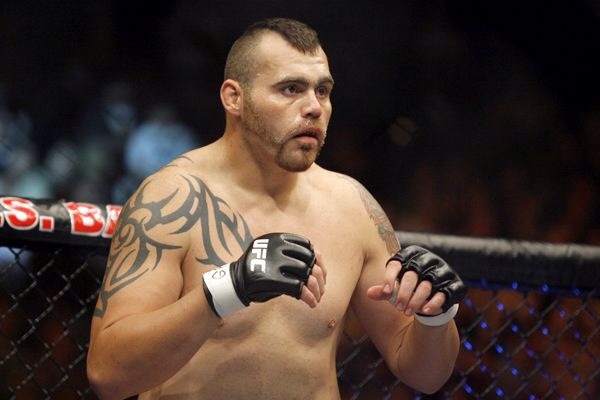 Former UFC heavyweight champion Tim Sylvia recently exploded with a rant against ex-boss Dana White during his New England Fights (NEF) podcast. The reason? Because later this month UFC Fight Night 47 takes place in ‘The Maine-iacs’ home state of Maine. Sylvia is non-too-happy about not being invited to take part in the event.

“Dana is the way he is. Everyone knows how Dana White is, and he’s never gonna change, unfortunately… Everybody knows what Dana White is, what kind of person he is… Coming from Maine, I don’t know… it’s just stupid. Put me and Frank Mir on the card and it would be a hell of a fight. A lot of Mainers deserve that. They deserve to see me fight in the UFC again in the state of Maine. They just added a super heavyweight division, I hear. So, it’s like, it seems like every month, every other month they’re doing something just to entice me or to piss me off and say, ‘Ha ha, look what we’re doing now and you’re still not welcome back.’ They’re just doing shit just to piss me the fuck off. It’s really annoying. Now that they have a super heavyweight division, give me a chance to win another belt in another division. Randy Couture’s done it. BJ Penn’s done it. There’s no way I could ever fight light heavyweight. Well, now they’re adding super heavyweight. I know I could win that belt, as long as guys like Cain Velasquez doesn’t step up and fight for the super heavyweight belt. I’m a realist. I know Cain is the best guy out there right now. I still have the punching power. If I hit him, if I got lucky and hit a good shot off him, I’d knock him out. He’s a smart fighter. He’d go in there and take me down, take me down and then when I think he’s gonna take me down, he’s gonna stand up, and it would just be a horrible, physical fight for me if I had to fight 25 minutes with that guy.”

Unfortunatly for Sylvia he will have to make due with his next fight against fellow ex-UFC fighter Christian Morecraft at NEF XIV for the Maine State MMA Super-Heavyweight Championship.

Should the UFC have extended the olive branch and invited Sylvia back, if even for a one-off fight?