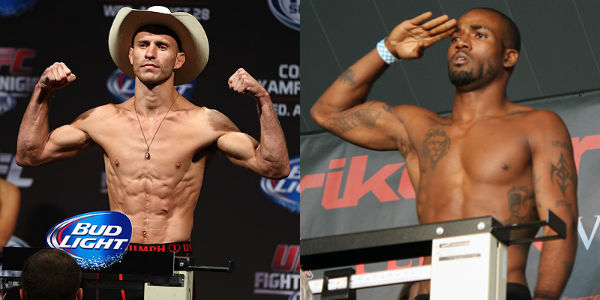 UFC 178 has a new co-headliner, but it isn’t the rumoured Donald Cerrone vs. Eddie Alvarez bout we heard about a few weeks ago.

Instead we get Cerrone meeting Bobby Green in a lightweight bout  as it seems the UFC has yet to acquire Alvarez’s services from Bellator.

Bobby Green was initially scheduled to face Jorge Masvidal on the card. Instead he’s bumped up to the co-main and Masvidal will now face James Krause on the Sept. 27 bill.

UFC 178 takes place on September 27 at the MGM Grand Garden Arena in Las Vegas and is headlined by a flyweight title tilt between Demetrious Johnson and Chris Cariaso.

Bellator Bring Back The Womens Division