by Peter Knox
in Bellator
12 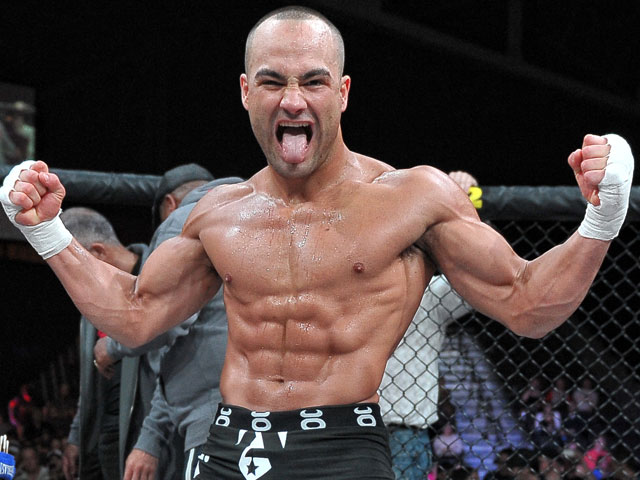 Bellator MMA president Scott Coker has confirmed to ESPN.com that they have agreed to release lightweight Eddie Alvarez his unconditional release from the promotion, vacating the Bellator 155-pound title in the process, the belt he won in a split decision victory against Michael Chandler at Bellator 106 back in November.

“We granted Eddie his unconditional release this morning,” Coker told ESPN.com. “Eddie is free to explore the free agent market. We wish him the best in the future.”

Coker said he met with Alvarez (25-3) shortly after replacing former Bellator CEO Bjorn Rebney in June and believed it was clear Alvarez did not consider Bellator his long-term plan.

“After sitting down with him and getting to know him, it was just a very hurtful situation for him,” Coker said. “I think the damage was already done. It became clear there was a wall there and it was not directed at me.

“They just made it clear the damage was done.”

Alvarez has provided the following statement.

“This was a long process but it’s a decision that everyone seems happy with,” Alvarez said. “I think it’s important to say that I am genuinely thankful for the time at Bellator. I know that sounds a little crazy given everything I went through, but I’ve fought there since 2009 and have been involved in some really amazing fights.

“The staff there always treated me great and I’m going to miss seeing a lot of those familiar faces around for sure. Myself and my team had some really good discussions with Scott, but in my heart I knew I was ready to move on and start the next chapter of my career.”

No word yet on whether the UFC will pick Alvarez up, though it was heavily rumoured he’d be welcomed to the UFC against Donald Cerrone as recently as a few weeks ago so looks like a preliminarily deal may have been spoken about before.