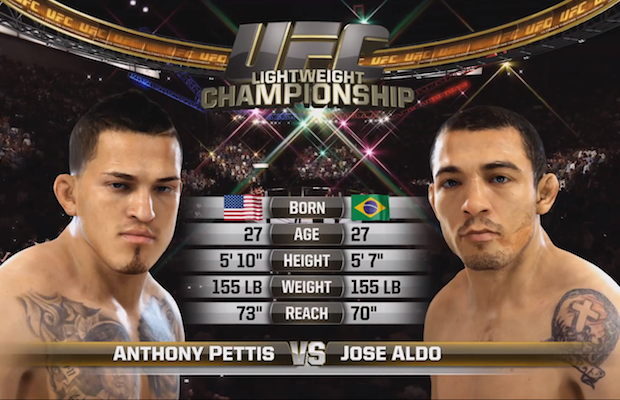 Dana White recently appeared at a media event in Hong Kong to promote and talk about this Saturday’s event UFC Fight Night 48 in Macau. The topic briefly changed to super fights.

If you have Georges St-Pierre vs Anderson Silva or Anderson Silva v Jon Jones, the guys who have held the titles and almost cleared out an entire division.

Any super fights that we are looking at right now in my opinion would be like an Anthony Pettis vs Jose Aldo. Even though Pettis has been injured for a while and hasn’t defended the title, he beat Ben Henderson, who is a guy who had annihilated that whole division. Jose Aldo and Pettis have been talking about moving back and forth to take each other’s belts. So really, that’s the only one i can think of that would be a super fight.

Georges St-Pierre and Jon Jones? That’s a stretch my friend. There’s a bit of weight difference between those guys. That’s not a super fight. That’s a stupid fight.

What do you guys think? What  is your dream super fight and what would be a stupid fight?