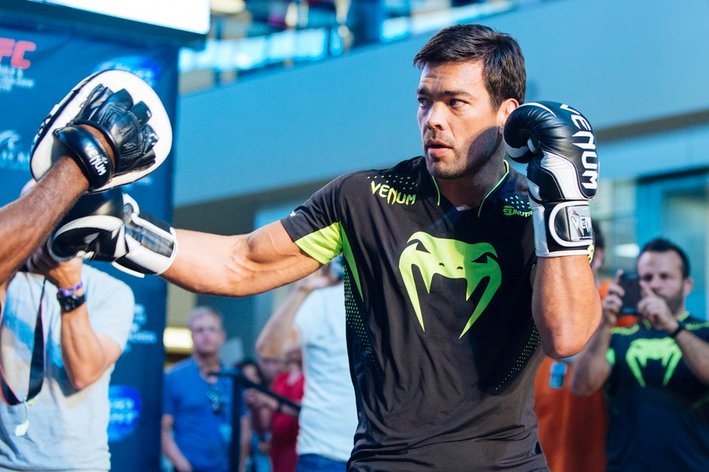 Lyoto Machida is looking for a solid next opponent after going five rounds with UFC middleweight champion Chris Weidman.

Former Strikeforce middleweight champ Luke Rockhold has been angling for a consequential next bout for quite some time.

Sounds Machida vs. Rockhold is a match that makes itself.

Daniel Cormier, a teammate of Rockhold at San Jose’s American Kickboxing Academy, reported on Wednesday’s edition of UFC Tonight that discussions are under way for a bout between the two.

Machida (21-5), the former UFC light heavyweight champion, is 2-1 since dropping down to 185 pounds. At UFC 175, he put on a breathtaking performance over the final two rounds of his challenge of Weidman, throwing everything but the kitchen sink at him after losing the first three rounds. Weidman won the fight via unanimous decision.

Rockhold (12-2), meanwhile, was last seen submitting Tim Boetsch at UFC 172 in April. While Rockhold has openly campaigned for a rematch against Vitor Belfort, who defeated him via knockout in 2013, Belfort is instead slated to challenge Weidman for the title in December.

There is no date targeted yet for the fight. But Cormier suggested a pair of logical candidates: The main event on the UFC on FOX card in Phoenix on Dec. 13; or the main card on Dec. 6 in Las Vegas underneath Weidman and Belfort.