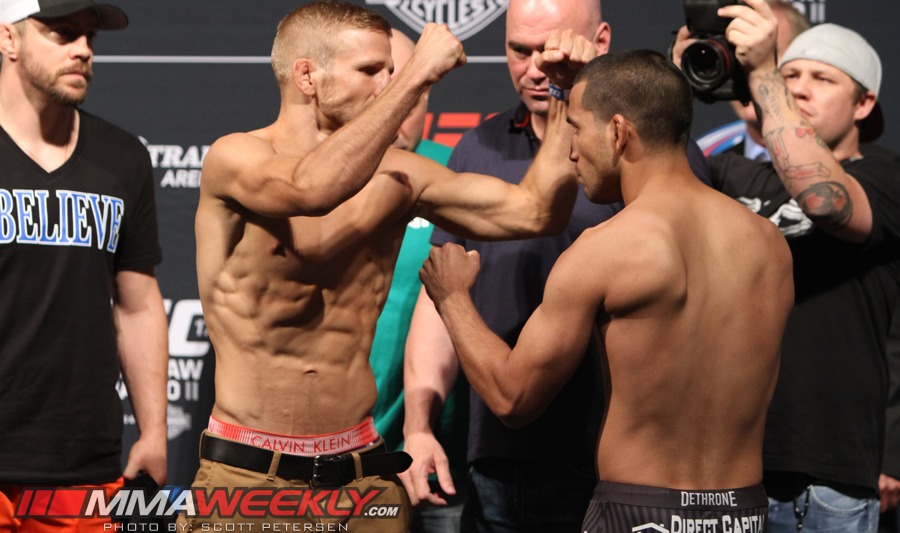 UFC 177, which is headlined by the UFC bantamweight championship bout between T.J. Dillashaw and Joe Soto and the lightweight bout between Tony Ferguson and Danny Castillo, airs live on Pay-Per-View from the Sleep Train Arena in Sacramento, California at 10pm ET / 7pm PT. Three prelim bouts will air live on FOX Sports 1 at 8pm ET / 5pm PT.

*Nijem made weight on his second attempt after initially weighing in at 156.25

*Medeiros made weight on his second attempt after initially weighing in at 156.5