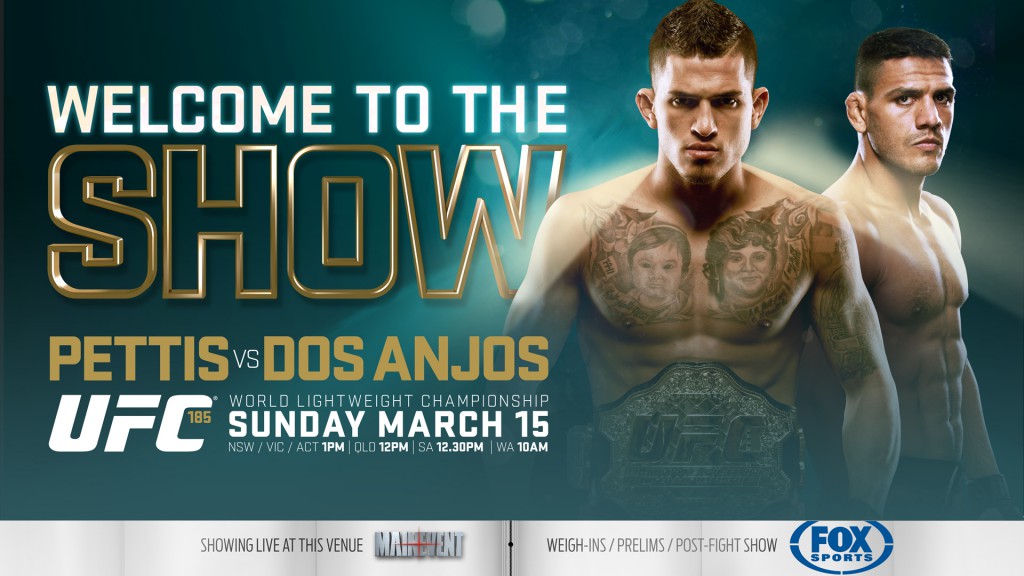 UFC will return to Dallas on Saturday, March 14th for UFC 185. UFC lightweight champion Anthony “Showtime” Pettis defends his crown for the second time against surging Brazilian contender Rafael dos Anjos. Jumping right back into the Octagon following his impressive second-round submission win against Gilbert Melendez at UFC 181, Milwaukee’s Pettis promised to stay active in 2015. He believes this is just the start of another big year. Dos Anjos has long been one of the most underrated lightweights in the UFC, but in 2014, he had three wins—including knockouts of Benson Henderson and Jason High, plus a decision win against Nate Diaz.