Hope Of A Nation

by Myles Painter
in Across The Pond
13 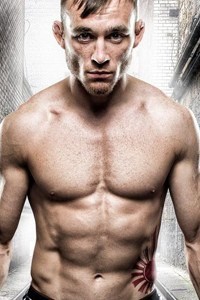 Every Country has their idols England has ”The Count”, Ireland has ”Notorious”, and Americans have ”The Iceman”. In today’s episode of Across The Pond, you will meet the first Scotsman to ever make it to the big show and ushered in a wave of Scottish fighters to the UFC that included ”Braveheart” and ”Jojo”. A professional since May 2009 and fighting out of Dinky Ninjas and American Top Team, 32 year old Robert Whiteford owns a 12-2 record in 14 career fights consisting of six knockouts, five decisions, and one submission. Whiteford possesses pure power in his hands, so do not come out with your hands down against him because one punch could end your night. He lost his debut to Bobby Mcvitite via stoppage even though he dominated the whole fight but doctor stopped it because of a cut. After the loss, he went on a 12 fight win streak that included wins over Cage Warriors veterans Liam James and Rich Edgeworth before signing with the UFC in 2013 as a short notice replacement. In his debut for the promotion, he faced submission artist Jim Hettes at UFN 30 in Manchester and lost via triangle choke in the second round. Whiteford secured his first UFC win with a unanimous decision victory over submission artist Daniel Pineda at UFC 171. In the UFC’S debut in Scotland, Whiteford faced Paul Redmond at UFN 72 and defeated him via knockout in the first round. Whiteford will look to push his winning streak to three when he faces Darren Elkins at UFN 76 in Dublin next weekend.

Robert Whiteford: "Don't Blink, It's Going To Be Hammer Time"