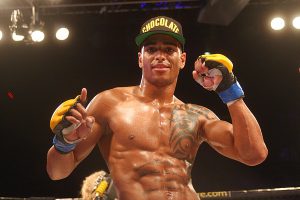 With UFC Fight Night 80: Vanzant v Namajunas just around the corner we take a closer look at top UK prospect Danny ‘Hot Chocolate’ Roberts who is set to face American Top Team’s Nathan Coy in a Welterweight bout this Thursday.

Roberts (11-1) who will be making his UFC debut is on a five fight win streak with notable wins over ‘Judo’ Jim Wallhead and Jack Mason whilst fighting at Cage Warriors. Roberts who began his career in Boxing made the move to train at Next Generation in Liverpool, it was there he became interested in MMA. Although originally from Bristol he is an adopted Scouser who calls Liverpool home and is loved by 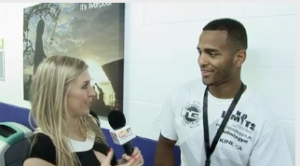 Roberts who opened his own MMA gym Aspire Combat Sports last year with fellow team-mate Dean Garnett has recently made the move to Florida to train with the Blackzilian’s ahead of his fight. Fellow Blackzilian Rashad Evan’s called Roberts a ‘future champ’. Roberts was originally set to face American Top Team’s Michael Graves who was forced to pull out due to an injury, Nathan Coy stepped in for his injured teammate. Coy (14-5) was a cast member on The Ultimate Fighter 21 and is a Strikeforce and Bellator veteran. Roberts who hasn’t lost in over five years will make his octagon debut on 10th Dec.

UK fans don’t forget to check it out on UFC Fight Pass the full lineup includes: