Airdrie MMA star Paul Craig has become the latest Scottish fighter to be snapped up by the UFC, making him the fourth Scot to step inside the world famous Octagon behind Robert Whiteford, Joanne Calderwood and Stevie Ray. 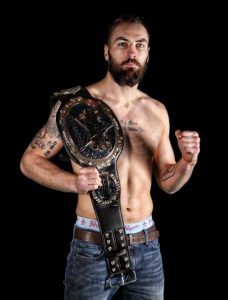 Craig, 29, has been a sensation in his MMA career thus far and boasts an impressive undefeated record of 8-0, with 7 of those victories coming via first round stoppage. The Scottish Hit Squad member – known to his fans as Bearjew – won four different championship belts on the regional circuit before going on to win the BAMMA light heavyweight title in only his second fight for Europe’s top MMA promotion – a remarkable achievement given Craig has been training martial arts for only four years.

Craig said: “This has all came about pretty quickly, I was about to go to bed when my coach Brian called. It was quite late so at first I thought something must be wrong, but he was calling to tell me the UFC had been in touch and they wanted me to fight on their December 17th card. I never slept a wink the rest of the night”.

Craig is set to make his debut against another undefeated fighter, Brazil’s Luis Henrique da Silva (12-0) at UFC on Fox 22 in Sacramento, California, but Craig isn’t too worried about his opponent’s impressive record. He said:”Everybody is beatable. He is just another man across the cage. As long as I put in the work at the gym and know in my heart I have done enough drilling, running, sparring and conditioning then I will beat him.

“I don’t actually watch my opponents before I fight them; I leave that to my head coach Brian. He will analyse da Silva to identify his strengths and weaknesses and then build into my training exactly what I need to work on for this fight. This is how we have always prepared so why try and fix what isn’t broken”.

When December 17th comes around it will be 13 months since Craig last threw a competitive punch due reasons outwith his control, but that doesn’t worry the light heavyweight contender. Craig said:”I will have spent more than a year on the sidelines but I have used that time to get better. I never stop training and whilst I haven’t been in the cage I have been in the gym training up to six hours every day. Sparring with elite fighters like Mark Godbeer. I have also competed in grappling tournaments, which I won, so I have remained as active as possible. I will be ready”. 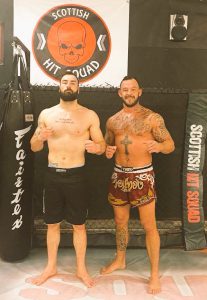 Craig was in the crowd when the UFC made their Scottish debut at the SSE Hydro last July, but dreams of being on the card when the promotion returns to Glasgow – rumoured to be next summer. He said:” I really want to fight in Scotland, I missed the big show last time around and I certainly don’t want to miss it the next time. Henrique is a top 20 opponent so if I beat him I will be looking for a higher level opponent next. I want to move forward in my career and make sure I am on the card the next time the UFC comes to Glasgow”.