Dana White has confirmed that Georges St-Piere’s return fight will be against Michael Bisping for the UFC Middleweight belt. Bisping campaigned hard to welcome the former welterweight champion back to the octagon and now it appears he has got his wish.

White made the announcement during an interview on Sportscentre for UFC 209. Details are scant at this stage with no venue or date confirmed, only that it will take place later this year. 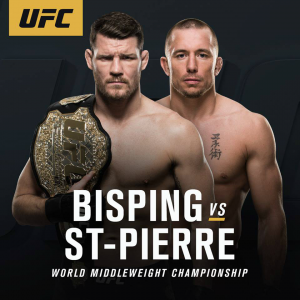 We’ll bring you more as we get it.

Who do you think will win this middleweight match up? Let us know in the comments below.