Former UFC lightweight champion Rafael Dos Anjos will make his welterweight debut against Strikeforce and UFC veteran Tarec Saffiedine at UFC Fight Night 111 in Singapore. The event will take place on June 17 at Singapore Indoor Stadium in Kallang, Singapore and will stream around the world on UFC Fight Pass. 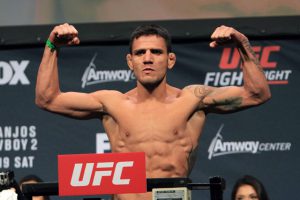 Dos Anjos (25-9) captured the UFC gold after overwhelming champ-at-the-time Anthony “Showtime” Pettis at UFC 185. However, after only one title defence he surrendered the belt to Eddie Alvarez via TKO in the Round 1. After again coming up short in his next bout with No.1 contender Tony “El Cucuy” Ferguson, the Brazilian decided it was time to test his skills in the shark tank that is the UFC 170lb division. 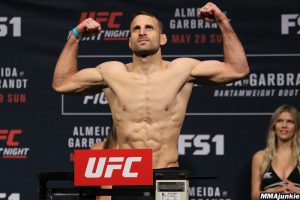 Saffiedine has also experienced his own dip in form as of late, losing three of his last four UFC bouts. The latest being a split-decision loss Dong Hyun Kim at UFC 207. You would have to look back exactly 365 days previous to see his last win, which came against fellow recent struggler Jake “The Juggernaut” Ellenberger via unanimous decision at UFC On Fox: Johnson vs Bader. 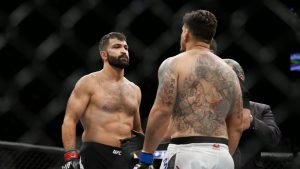