by Lewis Smith
in UFC
41

UFC Flyweight champion Demetrious Johnson is “pissed” that he is the only champion on the roster who hasn’t received a new belt after each title defence.

UFC president Dana White spoke up after ‘Mighty Mouse’s’ tenth consecutive title defence over Wilson Reis, in Kansas City this weekend. In an interview with Megan Olivi, White assured fans that he will try his best to get the champion the other nine belts he’s earned during his time with the UFC. Though it could cost the company a pretty penny to clear the backlog. 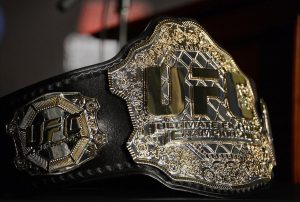 “I’m going to get him his belts. He’s definitely keeping the belt from tonight, and I guess I’ve got some catching up to do. Listen, that’s not the way it works. People don’t win belts every time. You defend your title, and you keep your belt. If we’re handing out belts every single defence here – that’s a lot of money. It would be a lot of money to get him eight more belts. To be honest with you, we don’t even have eight more belts. We order them as we do events. It’s going to be a little bit of back up on his belts, but we’ll get it done.” 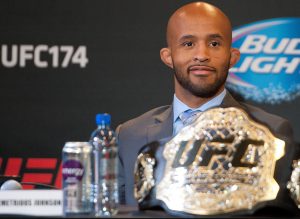 Johnson is currently one win away from his eleventh straight title defence, a feat which would see him surpass legendary fighter Anderson ‘The Spider’ Silva, for the most consecutive title defences in UFC history.

Many critics, including UFC colour commentator Joe Rogan, believe this latest performance from the Flyweight Champion has solidified his position as the greatest MMA fighter of all time.