Before UFC 214 negotions for a George’s St. Pierre fight has fizzled. After failing to agree on dates with Michael Bisping, the middleweight champion, GSP was aimed to return against the UFC 214 winner of Tyrone Woodley vs Demian Maia … however Woodley’s title defence was nothing short of coma inducing. After the fight, UFC president, Dana White told BT Sport that the fight was 100% on between Bisping and GSP, giving a jab to Woodley saying that “I know Bisping will come to fight”. 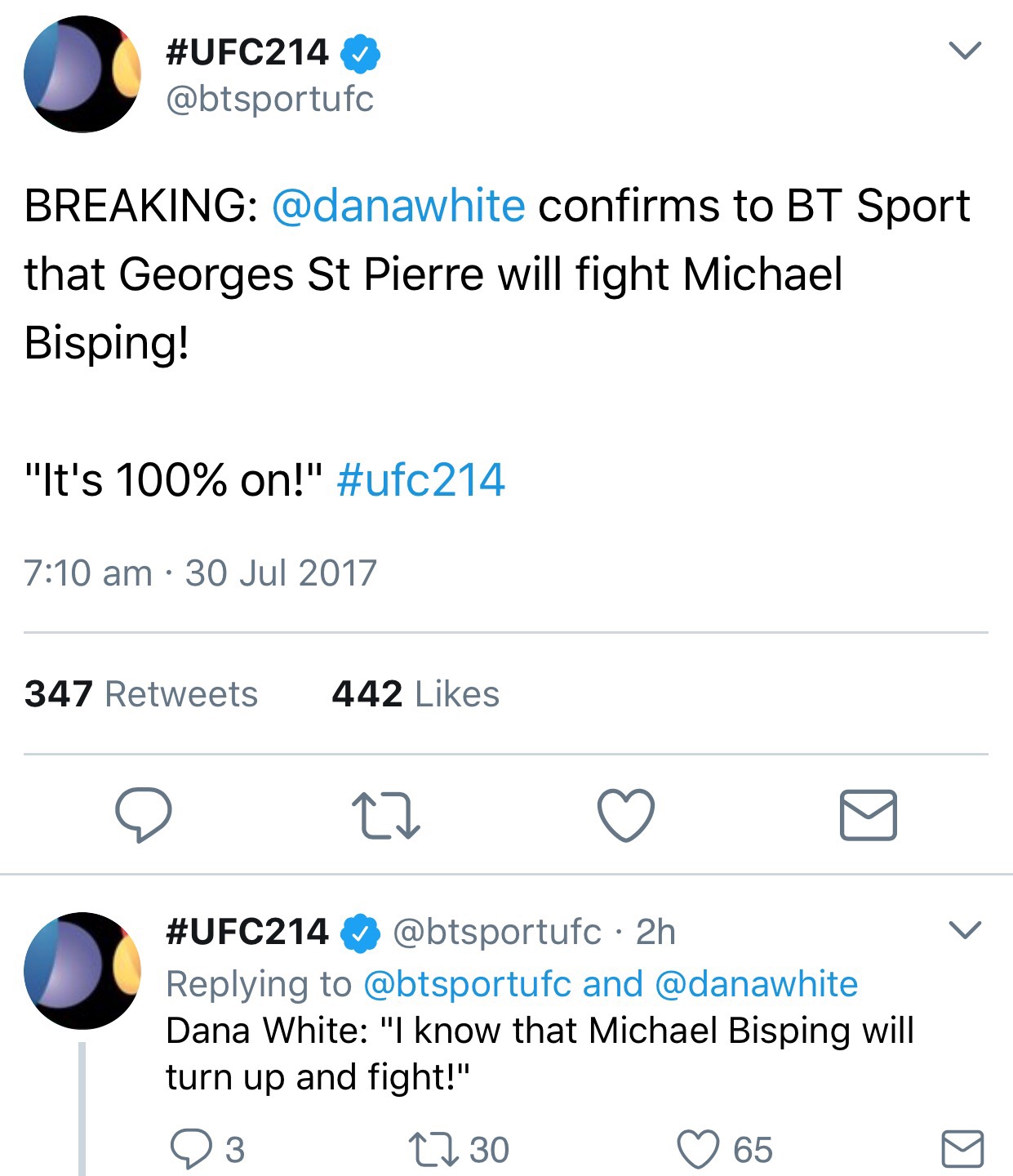 Los Angeles Times’ Lance Pugmire tweeted that he was told by a key official the bout was signed for November 4 at Madison Square Garden in New York City. 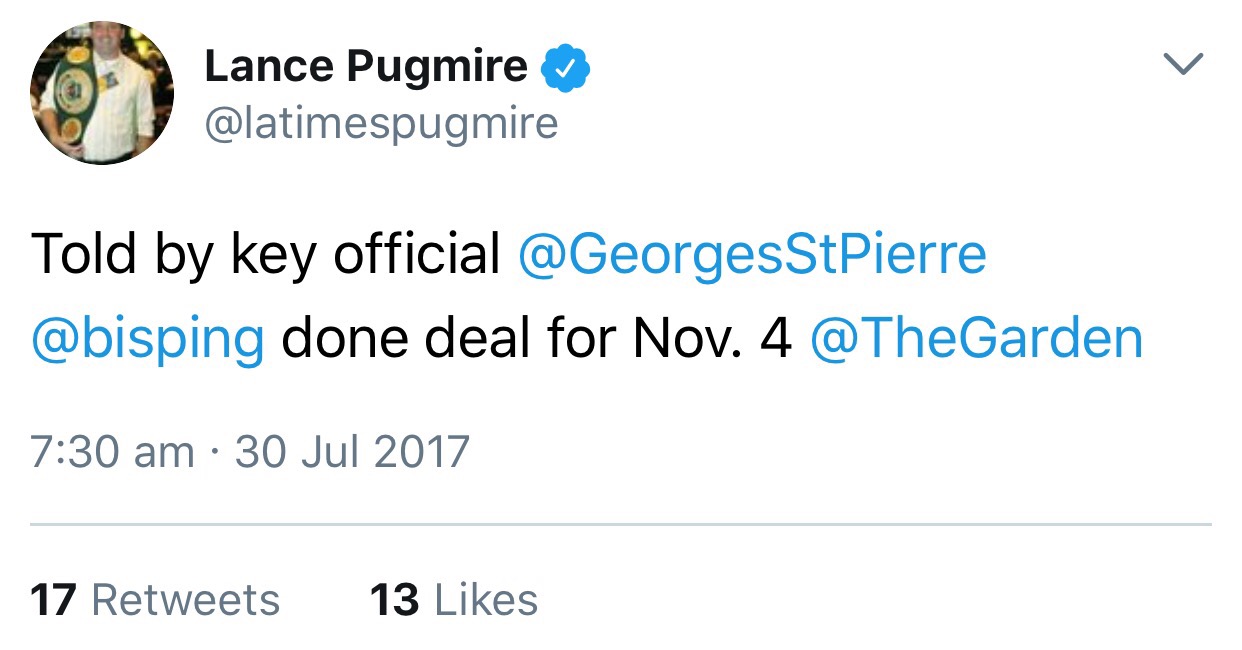