Ray Thomson owner of MMA Promotion Almight Fighting Championsip has spent the last 18 months devising a points system to show which fighters have had the most success in the UFC.

Here is part one of the rankings starting from 100-91. 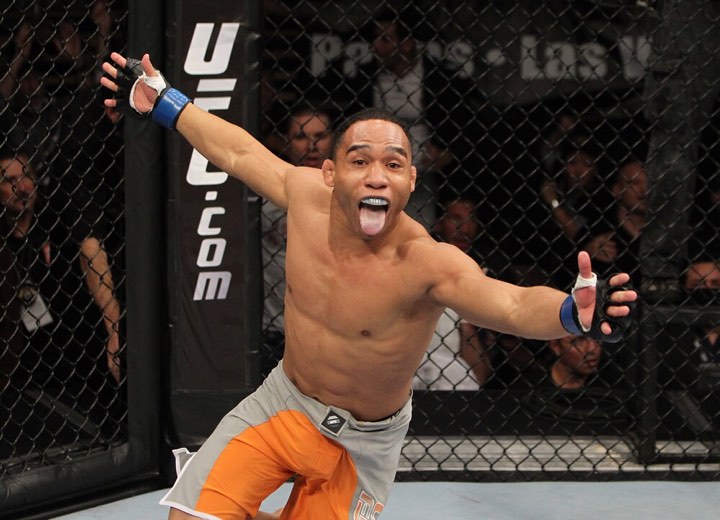 We first saw Dodson on the Ultimate fighter season 14. He made it to the final and in his UFC debut won the Ultimate Fighter knocking out TJ Dillashaw and picking up a knockout of the Night bonus.

He then dropped to flyweight and picked up 2 wins in a row over Tim Elliott and Jussier Formiga. That earned him a title fight which he lost to Demetrious Johnson in a five round war which won fight of the night.

After losing that fight he then won 3 in a row over Darrell Montague (knock out of the night), John Moraga and Zach Makovsky. He then had his second title shot, again at Demetrious Johnson which saw him losing another five round decision.

He then moved up to bantemweight and knocked out Manny Gamburyan before losing a decision to John Lineker and then in his latest fight he beat Eddie Wineland by unanimous decision. 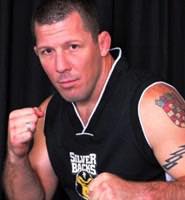 Pat made his debut at UFC 16 fighting twice in one night and winning a four man welterweight tournament.

He beat Townsend Saunders and Chris Brennan. His next fight was for the first ever welterweight title which he won via a close decision over Mikey Burnett. He then defended his title four times beating Jorge Patino, Andre Pederneiras, John Alessio and Kenichi Yamamoto.

His fifth title defence was against Carlos Newton which he lost by bulldog choke. In his last welterweight fight in the UFC he knocked out Shonie Carter with a head kick before moving up to middleweight for his final UFC fight and losing to Matt Lindland. 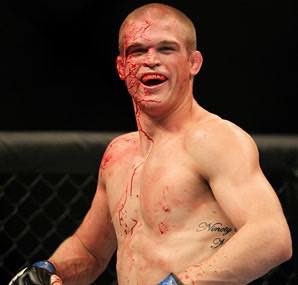 Evan made his debut at UFC 95 at lightweight knocking out Per Eklund. He then won 3 more fights against Marcus Aurelio, Efrain Escudero (picking up a submission of the night bonus) and Tyson Griffin.

He then came up short against TJ Grant and picked up his third fight of the night bonus. He then got back to winning ways beating Gleison Tibau before losing three fights in a row to Rafael dos Anjos, Donald Cerrone and Edson Barboza.

He has since bounced back with four wins on the trot beating Rodrigo Damm, Ross Pearson, Joe Lauzon and most recently Rick Glenn (picking up his fourth fight of the night bonus). 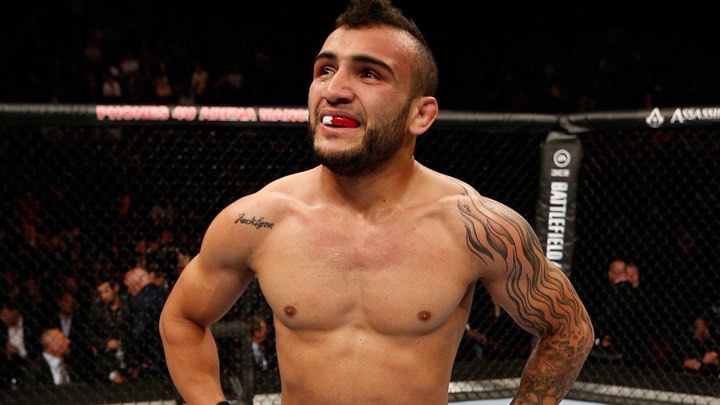 John made his debut on UFC on Fox: Diaz v Miller, the fight was suppose to be at flyweight but John missed weight. He did lose his debut being submitted by Louis Gaudinot, but he did pick up a fight of the night bonus. He then went on a four fight win streak beating Yasuhiro Urushitani, Azamat Gashimov, Jose Maria Tome and Phil Harris (missing weight twice in those four fights).

In his next fight he lost a decision to Ali Bagautinov before beating Alpen Ozkilic and picking up his second fight of the night bonus. He then missed weight again but beat Ian McCall by decision before being moved up to bantemweight because of the amount of times he missed weight.

His first fight at bantemweight was a one round war which seen him knock out Francisco Rivera and pick up a fight of the night bonus. He then beat Rob Font, knocked out Michael MacDonald (picking up a performance of the night bonus) and John Dodson (missing weight again). In his latest fight he lost a decision to TJ Dillashaw. 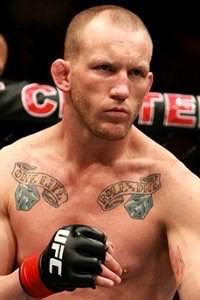 We first seen Gray on the Ultimate Fighter season 5. He fought on the finale (not in the final) against Rob Emerson at lightweight, in a strange ending to the fight, both fighters were unable to continue, the fight was ruled a no contest but they did pick up a fight of the night bonus.

Gray then went on an eight fight win streak beating Joe Veres, Dennis Siver (picking up his second fight of the night), Frankie Edgar, Rich Clementi, Jim Miller, Roger Huerta, Nate Diaz (who had beat him in the ultimate fighter house) and Kenny Florian. This earned him a title fight and he fought a man he had already beat, Frankie Edgar.

They had a five round war which ended as a draw and saw Gray pick up his third fight of the night. As the fight was a draw they rematched for the title and Gray came up short as he was knocked out in the fourth round.

He then beat Clay Guida before going on a four fight losing streak losing to TJ Grant, Nate Diaz, Ross Pearson and Alexander Yakovlev. He then dropped to featherweight and beat Fernando Bruno. In his second featherweight fight he lost to Ryan Hall and in his latest outing he beat Teruto Ishihara. 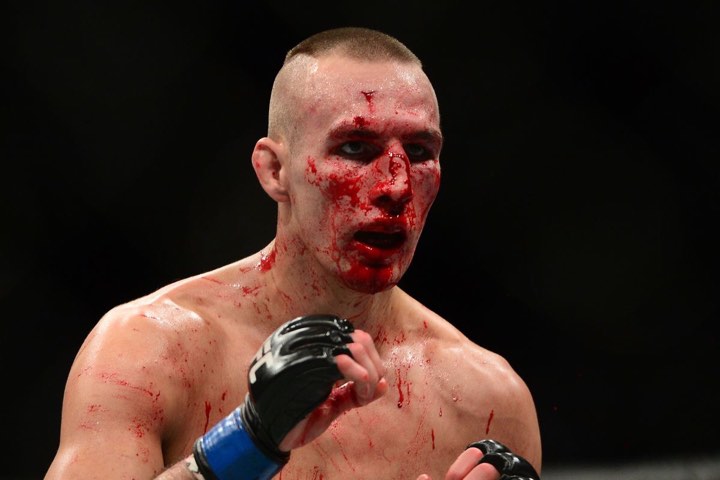 Rory made his UFC debut on UFC Fight Night: Maynard v Diaz at welterweight submitting Mike Guymon. In his next fight he got stopped at the end of round three by Carlos Condit but picked up a fight of the night bonus. He then reeled off five wins in a row beating Nate Diaz, Mike Pyle, Che Mills, BJ Penn and Jake Ellenberger.

In his next fight he fought for the welterweight title facing Robbie Lawler again, he was stopped in the fifth round in an absolute war and picked up another fight of the night bonus (this fight was also called fight of the year for 2015). In his final UFC fight he lost a five round decision to Stephen Thompson before leaving for Bellator. 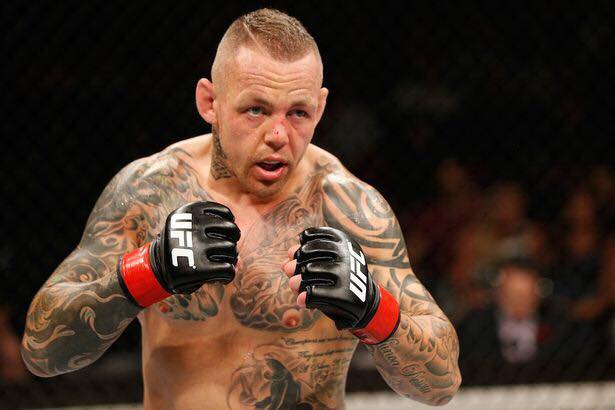 We first seen Ross on the Ultimate Fighter season 9, where he faced fellow Englishmen Andre Winner in the lightweight final winning a unanimous decision. Ross then picked up two more wins beating Aaron Riley and Dennis Siver (picking up a fight of the night bonus) before losing to Cole Miller.

He then beat Spencer Fisher before losing to Edson Barboza picking up his second fight of the night bonus. He then dropped to featherweight beating Junior Assuncao and losing to Cub Swanson. He then returned to lightweight with two wins beating George Sotiropoulos and Ryan Couture before a no contest due to an illegal knee with Melvin Guillard.

He then lost to Diego Sanchez (in a controversial decision), beat Gray Maynard, lost to Al Iaquinta, beat Sam Stout (picked up a performance of the night bonus), lost to Evan Dunham, beat Paul Felder, lost to Francisco Trinaldo and beat Chad Laprise. He has since lost 4 fights in a row to Will Brooks, Jorge Masvidal (at welterweight), Stevie Ray and Dan Hooker. 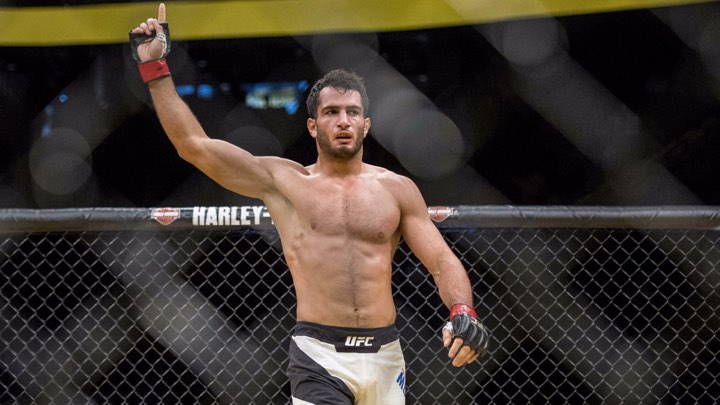 Gegard had a big reputation outside the UFC and made his debut headlining UFC on Fuel TV against late replacement Ilir Latifi at light heavyweight. Gegard won a unanimous decision. He then dropped back down to middleweight and lost a unanimous decision to Lyoto Machida but picked up a fight of the night bonus.

He then suffered a shock defeat to Uriah Hall before going on a five fight win streak beating Thales Leites, Thiago Santos ( awarded his third performance of the night), Vitor Belfort, Uriah Hall and Chris Weidman before leaving the UFC. 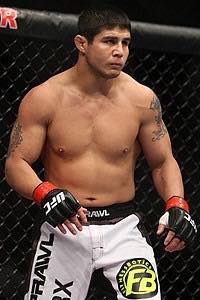 We first saw Joe on the Ultimate Fighter season 2. He won the welterweight season beating Luke Cummo in the final. He lost his next fight in an upset to Josh Neer before dropping down to lightweight. 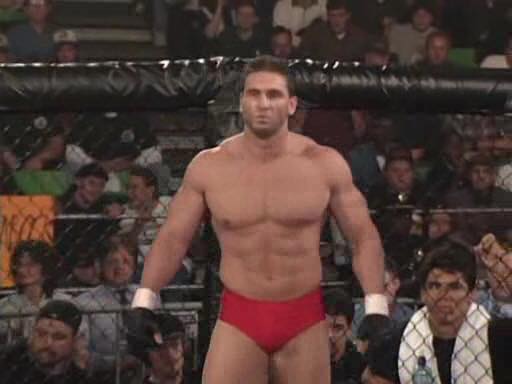 Ken took part in the first ever UFC event. He was part of the eight man tournament in UFC one, he submitted Pat Smith and was then submitted by Royce Gracie. He returned to UFC 3 beating Christophe Leninger and Felix Mitchell but pulled out of the final with an injury.

He then fought in the first ever superfight championship and fought to a draw with Royce Gracie (it was a draw as there was no judges). He then fought again for the superfight championship and submitted Dan Severn. He defended his title against Oleg Taktarov (another draw) and Kimo Leopaldo (submission victory). He then lost his belt to Dan Severn.

He took part in the last ever eight man one night tournament and beat Brian Johnston but was unable to continue in the tournament due to an injury. He didn’t return for six years, but when he came back he fought for the light heavyweight title losing to Tito Ortiz. He then beat Kimo Leopaldo in a rematch before losing to Rich Franklin. He fought twice more in the UFC (Tito Ortiz twice) and lost them both.

Part two 81-90 will be released tomorrow