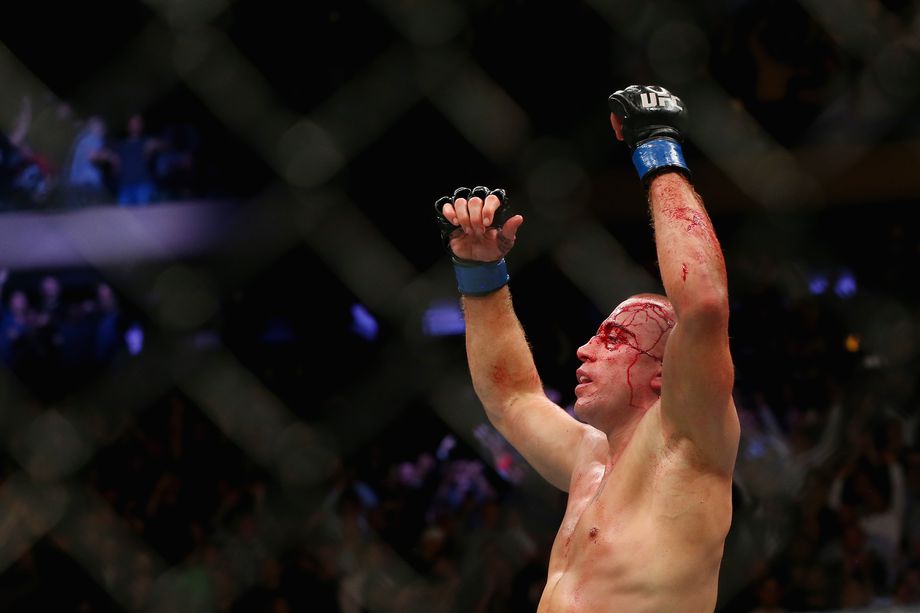 Looking at the UFC Middleweight Division

Since Michael Bisping achieved his dream of winning the UFC Middleweight Title in June of 2106 when he stunned Luke Rockhold inside of a round, the UFC Middleweight division has been in a state of limbo, crowning another pointless Interim Champion in that period further clouded the picture.

Bisping defended his title in October of 2016 against the 13th ranked Dan Henderson, to the satisfaction of virtually nobody except Bisping’s thirst for revenge.

For a number of reasons including injury, Bisping didn’t defend his belt until UFC 217 on the 4th November. During that time deserving contenders haven’t had the chance to fight for the title.

Of course Bisping lost his title to Georges St-Pierre at UFC 217, but does that really take the division out of it’s current state.

Everything will of course depend on GSP, his comments after the fight with Bisping, seem to indicate he accepts he is not a Middleweight, on which I agree, so will he even defend his title.

Of course GSP is apparently contracted to fight the Interim Champion Robert Whittaker, if GSP does indeed fight Whittaker then we should see normal service resumed, but I have strong doubts that fight will happen.

If GSP returns to his more natural domain of Welterweight, what happens next.

Whittaker I would imagine would be crowned the Middleweight Champion proper and then defend his belt against the best available contender. Bisping and Romero are coming off a loss, so that would be Luke Rockhold who is the highest ranked guy coming off a win.

I doubt Bisping will be in the title picture again, I can see him fighting on the London card for sure, but I see that as a farewell type of fight in front of his home crowd. The UFC I feel will give him a winnable fight to round off a glorious career, Belfort or Machida might be good shouts.

It will be interesting to see what the likes of Romero and Weidman do, do they sit tight and not risk their high ranking or take a lower risk fight against a lower level opponent, I wouldn’t be opposed to a rematch between the pair, or a match with Jacare for either fighter, Jacare might be interested in a rematch with Romero himself after losing a split decision back in 2015.

Fringe contenders like Kelvin Gastelum and Derek Brunson will of course want to edge near a title shot themselves, but I don’t see either really being a threat to the elite guys, although I do expect Gastelum to get past Anderson Silva when they meet shortly.

Paulo Costa the new kid on the block could be anything, based on what we saw against Johnny Hendricks at UFC 217 we certainly have a new contender with a lot of promise to freshen up the division.

So after around 18 months of limbo we can now look forward to the Middleweight division finally moving forward again.