During the course of the first month of 2018, the UFC have treated fans to a number of exciting fight announcements for events set to take place in the coming months. Thinking about the current TV deal coming to an end and the type of fights currently being booked got me thinking about what I would like to see as a fan.

After reflecting on this for a while, I have put together a list of 10 fights I would love to see booked at some point before the end of 2018. 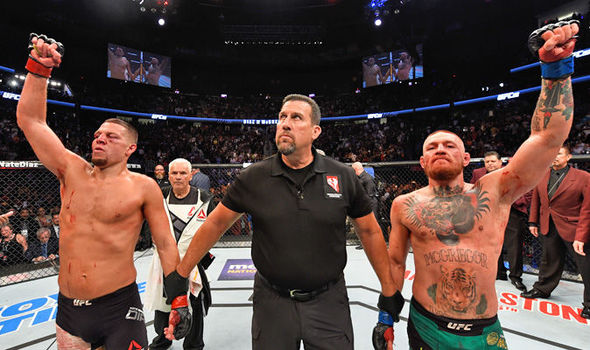 Let’s get this one out of the way early. I’ll admit it. I want to see Mcgregor and Diaz fight again. I’ll also admit that this is mostly because I want to enjoy the build-up to the fight rather than any desire for them to settle the series, currently tied at one win apiece. Putting any talk of championships to one side, the third fight between these two former foes would certainly draw one of the biggest PPV buys of the year for the UFC in addition to providing the huge payday currently demanded by both fighters. It just makes sense on all fronts.

I understand the school of thought that this fight can take place anytime but considering the UFC‘s current TV contract situation, don’t be surprised to see this scheduled before the end of 2018. 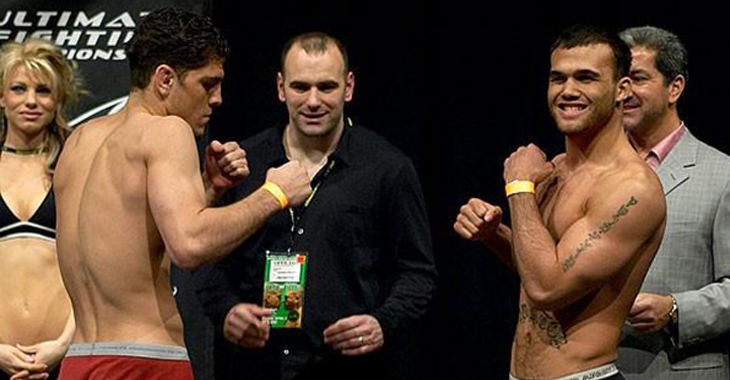 Now we’ve got one Diaz out of the way, let’s move on to the other. Nick Diaz has been inactive since fighting to a no contest against Anderson Silva in 2015. Diaz remains a fan favourite and has a reputation for being an exciting fighter but if he were to make a return, realistically he isn’t going to walk into a championship fight. What I would love to see though, is him making his return against Robbie Lawler to run back their UFC 47 bout. Back in 2004, Diaz knocked Lawler out in the second round in a highly entertaining fight. The realist in me is saying this won’t happen. Diaz hasn’t fought for three years and it’s been even longer since he fought at welterweight. None the less, it’s a fight I would love to see this year. 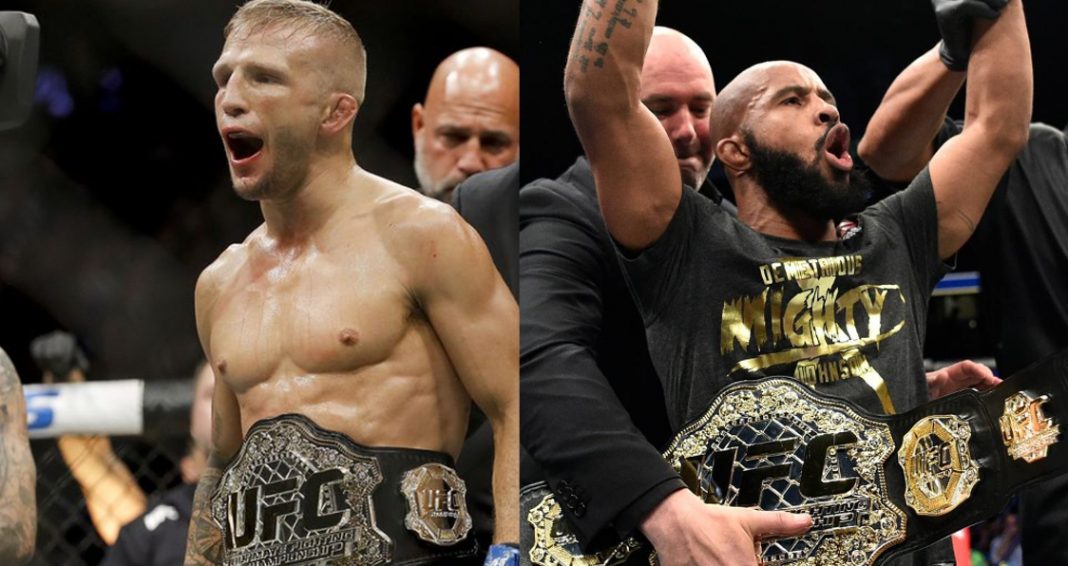 Of all the fights in this list, this is the one I would suggest has the best chance of actually happening. People have long called for Demetrious Jonhson to face a stiffer test and two-time UFC bantamweight champ TJ Dillashaw certainly fills that requirement. Reports state that Johnson has outlined what it would take for him to take the fight so the ball is very much in the UFCs court on this one. If the rumours are to be believed, this is being targeted for UFC 226 as a third champ vs champ super fight on an already stacked card. It would represent an important fight for both men.

For Dillashaw, it is an opportunity to join the extremely short list of fighters who have held championships at two weights. For Johnson, it is a chance to silence the doubters who believe he cannot truly be considered a great of the sport due to the quality of his opposition. Whichever way it falls on the night, it would make for a fascinating matchup. It feels inevitable that this will finally happen before 2018 is over. 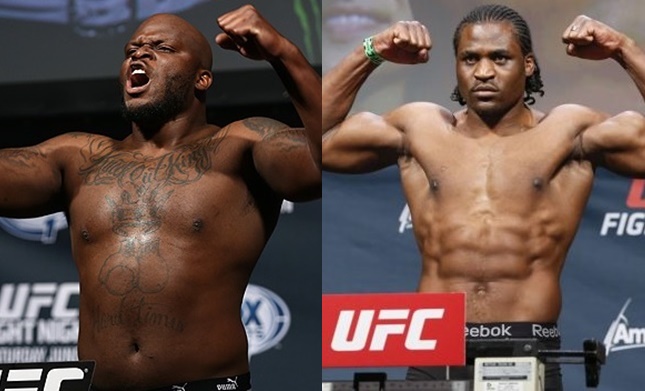 Derrick Lewis and Francis Ngannou have been trading shots on social media and interviews for some time now. Admittedly, Lewis has been the noisier of the pair and seems to be pushing hard for a shot against the former title challenger. Both men have had questions raised over their cardio but in a three-round fight that shouldn’t be too much of an issue. In a relatively thin UFC heavyweight division, this has the potential to be an exciting fight with the promise of an entertaining build up. What’s not to like?

Both men have heavy hands with Lewis owning 18 professional wins with 16 of those coming via KO. Ngannou, on the other hand, has never been stopped in his professional career and holds 11 wins with 7 KO victories of his own. Assuming both fighters have enough gas in the tank to stay dangerous for 15 minutes, my belief is the fight ends via KO. Who takes the victory is anyone’s guess. 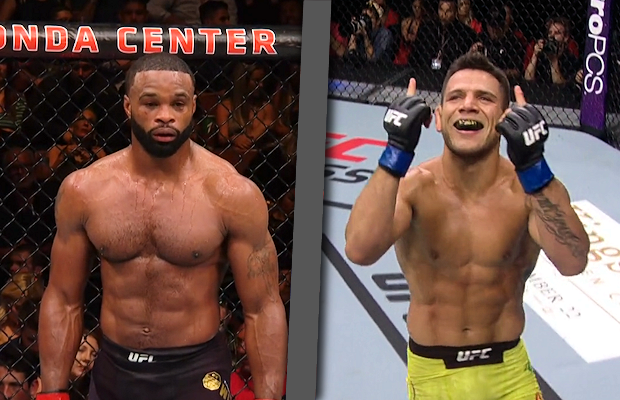 In a world where “super fights” are becoming the norm, the UFC welterweight division has an opportunity to buck the trend and put together a traditional title fight. Tyron Woodley has no more deserving contender for a shot at his belt than Rafael Dos Anjos. Woodley has faced the current number 1 ranked contender, Stephen Thompson twice now and there is little appetite for anyone to see that run back a third time. Number three ranked Colby Covington is doing his best to talk his way into a fight with Woodley but in the eyes of many, myself included, he hasn’t done nearly enough to warrant a shot at the belt yet.

Number two ranked Dos Anjos however, has looked rejuvenated at 170lbs since his move up from lightweight. The former lightweight champion has all the tools to test Woodley in a way that no other contender can. His pressing style of fighting would indicate that we wouldn’t be left facing another tactical, chess style battle and while he doesn’t have a reputation for finishing fights (half of his 28 wins have gone the distance), he certainly has the skills to do so.

If nothing else, I want this fight to be made to prove that there is still some merit to the rankings system. The prize for the winner could well be a fight against Conor McGregor as he looks to add a third championship belt to his collection.

This one is tricky as it depends on Max Holloway retaining his Featherweight title when he meets Frankie Edgar. Assuming he does, or maybe even if he doesn’t, I’d love to see him throw down with Brian Ortega. Rising star Ortega is undefeated in 13 professional contests and is currently ranked number 3 in the UFC featherweight rankings. Holloway has made no secret of his desire to clean out the featherweight division following two convincing KO victories over all-time great Jose Aldo.

The man they call “Blessed” holds a 12 fight win streak of his own and can claim victories over a number of the current top 10 in his division. A clash with submission specialist Ortega would give him a fresh challenge and a victory would push him closer to his goal of being recognised as the greatest featherweight of all time.

Robbie Lawler vs Darren Till

Both Robbie Lawler and Darren Till appear twice on this list and for good reason. Both fighters have a fearsome stand-up game with each capable of putting the other to sleep at a moments notice. The idea that we might get to see the two of them go toe to toe is an exciting thought. Should Till emerge victorious, it would represent something of a changing of the guard. He would likely leapfrog Lawler in the rankings, putting himself closer to a shot at the welterweight title and establishing himself as the new powerhouse of the division.

For Lawler, a victory would push him right back into title contention, demonstrating that he still has what it takes to take on the most dangerous men in this division and get the job done. I’m slightly concerned that after all of the battles Lawler has put himself through in his illustrious career, he may not have the chin for a juggernaut like Till anymore. That said, you can never count out Lawler and he has more than enough weapons in his armoury to be able to stop the Liverpudlian before his own chin can be tested. If this does get booked, and I truly hope it does, it has fight of the year written all over it. 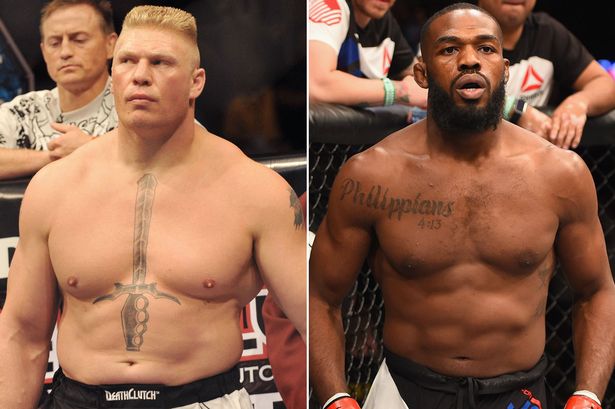 I’ll start with a quick disclaimer. It is understandable that people might not want to see this fight. I get that both Jon Jones and Brock Lesnar have USADA issues to work out before this can even come close to happening. I get that both of these fighters tend to elicit an emotive response from fans.

Truthfully, I just think it would be so much fun to watch Lesnar go up against arguably one of the greatest ever in Jones. Even more so knowing the weight difference would likely be huge. It just feels like it has the potential to be one of the most entertaining matchups of the year. I have no doubt in my mind that Jones would dominate the fight but just imagine the hype surrounding it. This would be a huge revenue generator for the UFC and would allow both Jones and the UFC to move on from Jones past issues.

If it wasn’t for Jones recent brush with USADA we would likely be on the verge of seeing him at heavyweight already. Assuming he is cleared for a return this year, I think the UFC pushes to make this fight happen.

Yair Rodriguez was touted as one of the rising stars of the UFC. There were high hopes for him entering the UFC as an exciting prospect. Those hopes were somewhat dashed when he was systematically mauled by a dominant Frankie Edgar. We have not seen Rodriguez return to action since this loss in May 2017 but I would expect that he is now fully recovered from the beating he received from Edgar and would be ready to take a fight in the near future. A match up with veteran Ricardo Lamas would be an interesting one for both parties.

Lamas is coming off a disappointing KO loss to Josh Emmett and would surely relish the chance to take on a rising star like Rodriguez. Both fighters have aspirations of climbing the rankings and a a win over Rodriguez would give Lamas the base to start aiming upwards in the rankings again. For Rodriguez, defeating Lamas would give him the opportunity to move on from his loss to Edgar and showcase the lessons he will no doubt have learned following that misadventure.

Colby Covington vs Darren Till

Colby Covington (13-1-0) has somehow managed to talk his way into the top end of the UFC welterweight rankings and currently finds himself ranked at number 3. Taking a closer look at his impressive 13-1 record, his only notable victories have come against number 14 ranked Dong Hyun Kim (via unanimous decision) and number 5 ranked Demian Maia (again, via unanimous decision). It is hardly surprising that current UFC welterweight champion Tyron Woodley doesn’t see him as a deserving contender for his belt.

Self-styled pantomime villain Covington does a lot of talking and while it has served him well so far, I don’t see him being able to talk his way into a title shot. To prove he is deserving of a shot at the title he’s going to need to take a fight or two against tough opposition. A rising star like Darren Till would be a great place to start.

Regardless of rankings, Till would likely jump at the chance to fight Covington as a stepping stone on his own journey to the top. Till is coming off a convincing display against Donald Cerrone and will certainly be eyeing the smartest route to the top of the division. The fight makes sense for both men with neither likely to get a shot at UFC welterweight champion Tyron Woodley in the immediate future.

I’m confident that the fight would be a lot of fun to watch but I’m certain that the build-up would be spectacular.

Holloway injured - will be pulled from UFC 222 [UPDATED]