by Tom Mulligan
in UFC
43

Rockhold was initially set to meet undisputed champion Robert Whittaker for his title. Fate determined that match up was not to be. Whittaker dropped out of the fight through a mixture of illness and injury. Romero stepped in and we now have an interim title fight for our UFC 221 main event.

At the UFC 221 open weigh ins, Rockhold admitted that he may not be lingering at 185lbs for much longer.

He has shared in the past that cutting weight to achieve the middleweight limit is something he is finding harder as he gets older. Now, it seems that the time is approaching for him to make the leap to light heavyweight.

“It never gets any easier. I’m getting older and my bones are getting thicker and it gets harder to get down to this weight,”

“Having this open workout on a Friday, it’s tough. But I feel good. I’ve got a great team around me with [George] Lockhart and [Dan] Leith, they’ve got my nutrition down to a science. I’m ahead of schedule this time around and I’ll be fine, but 205 is imminent.”

Rockhold is a long time friend and AKA teammate of current light heavyweight champion Daniel Cormier. With Cormier about to embark on the second heavyweight stint of his storied career, the path is clear for Rockhold to move on up. 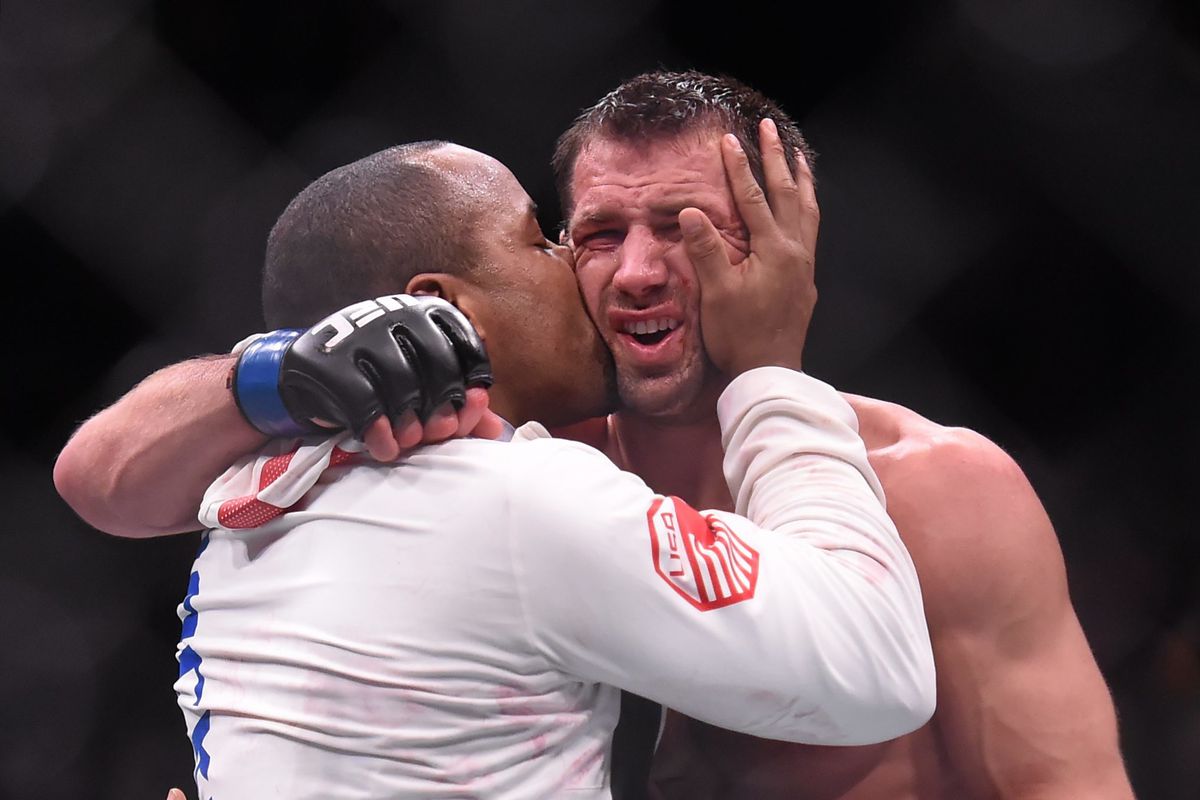 “DC’s moving up to heavyweight. He’s not coming back, so I’ll be up there soon,”

Cormier has made it clear that whatever happens, he is planning on retiring by April 2019. Should Rockhold emerge victorious on Sunday, it is likely he will stay at middleweight for a unification bout with Whittaker. What happens after that is anybodies guess.

Would you like to see Rockhold compete at 205lbs? How well does he match up against the current top 10?

Let us know who you’d like to see him face in the comments.