What’s Next For The UFC Middleweight Division?

In the wake of Yoel Romero‘s stunning knock out victory against Luke Rockhold at UFC 221, there are a number of possible matchups on the table for the top end of the middleweight division. 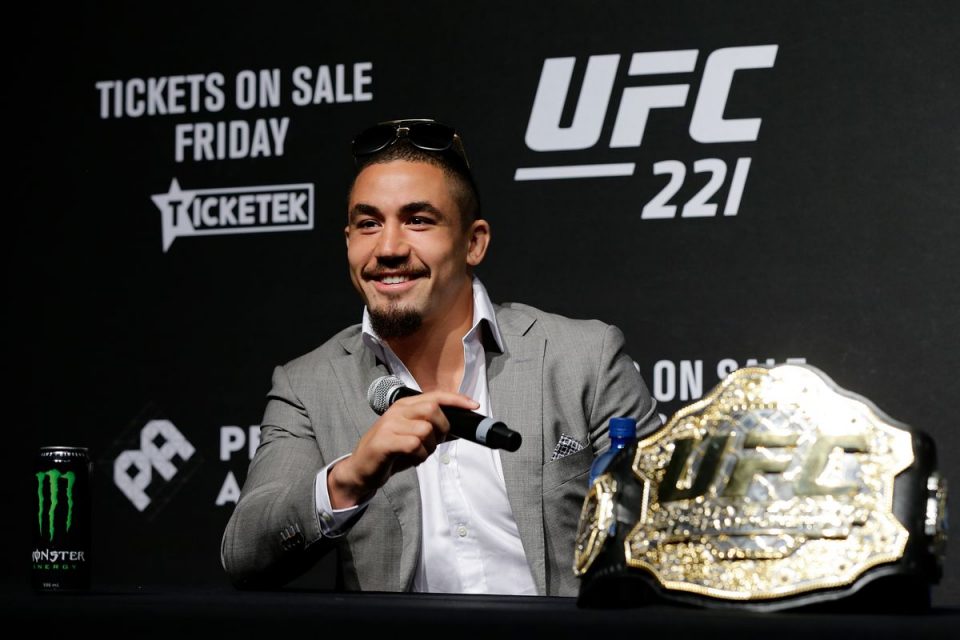 Undisputed UFC middleweight champion Whittaker is on an 8 fight win streak which includes wins over the #1 and #2 ranked contenders Yoel Romero and Jacare Souza. He had originally been booked to make his first defence against Luke Rockhold at UFC 221 before injury and illness intervened. Whittaker will have watched events unfold in Perth with great interest, knowing that the winner was likely to be his next challenger. 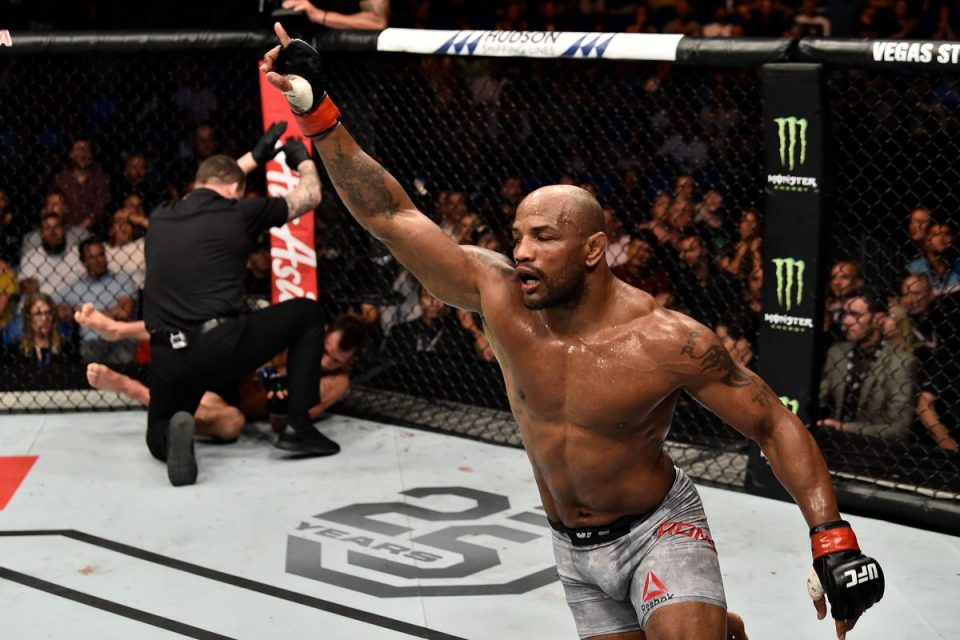 Romero has arguably the best record in the middleweight division with his sole UFC loss coming against the current champion. That loss aside, Romero has defeated 3 of the 4 fighters who join him in the top 5. The lone fighter missing from his resume is former welterweight, Kelvin Gastelum. While admittedly he missed the 185lb middleweight weight limit at UFC 221, he did take the fight at short notice, saving the event for the UFC. The way he finished Rockhold was brutal. Any argument that he should not be next to fight Whittaker is weak at best. 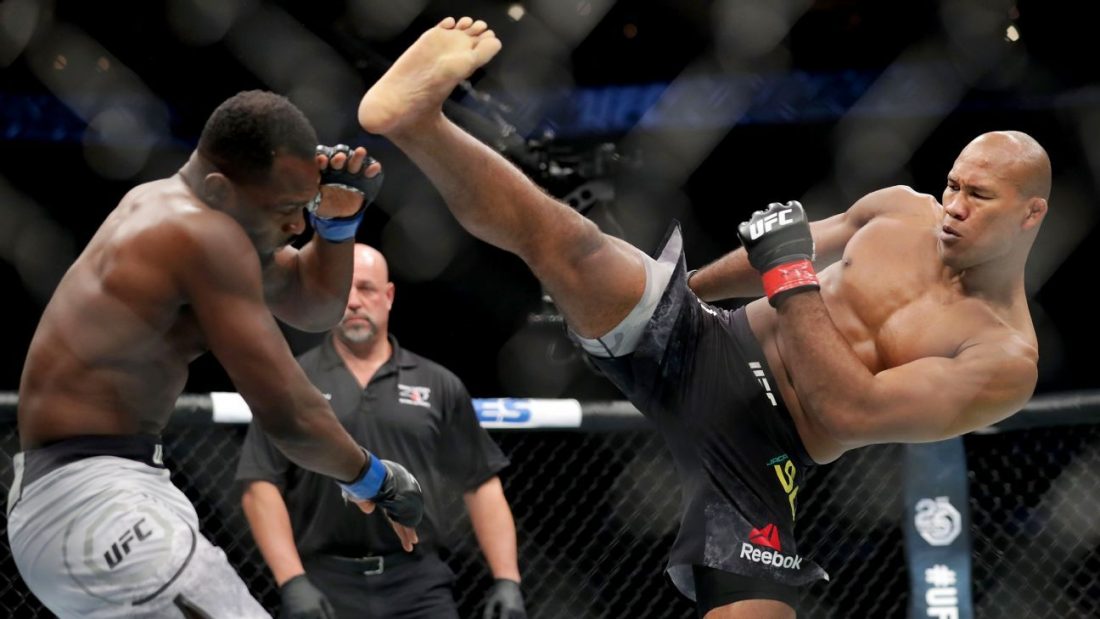 38-year old Souza has been hanging around the top end of the UFC middleweight rankings for some time. Despite that, he’s not yet been afforded a shot at the title. Souza‘s last outing was a stunning KO victory against Derek Brunson last month and it saw him elevated to the number 2 spot in the rankings. The difficulty for Souza is he’s only 1 victory removed from a loss to current champ Whittaker, and that victory came against the number 7 ranked Brunson. If Souza is to receive a shot at the title, he’s going to need to take out one of the top 5 to get it. 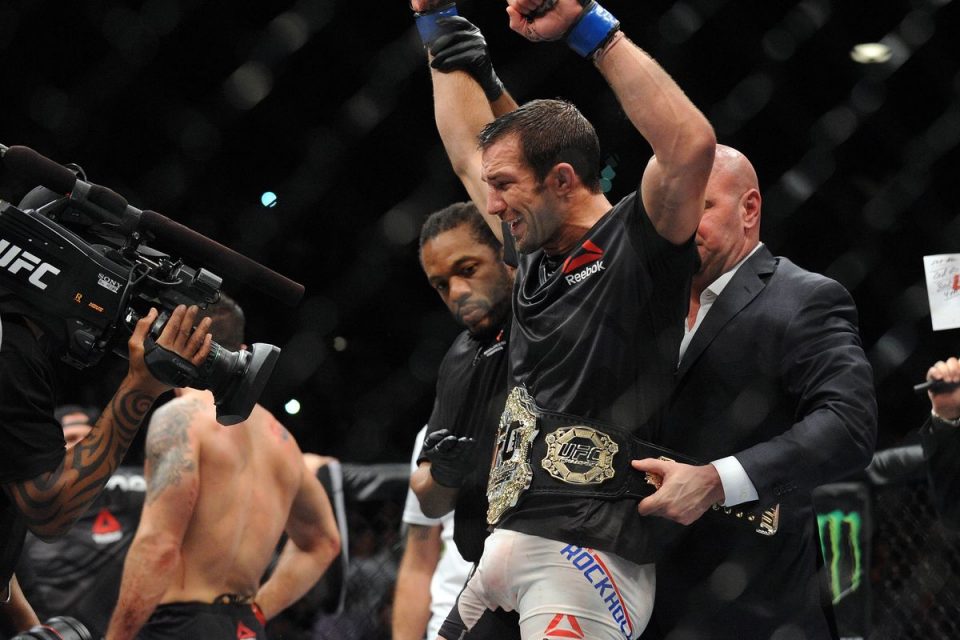 Former champion Rockhold has not had much luck over the last 18 months. Stunned by late notice stand in Michael Bisping at UFC 199, Rockhold took some time off. Returning 15 months later, he submitted David Branch and was offered a shot at redemption against Whittaker. It was not to be. Whittaker pulled out and Rockhold lost his title shot. He accepted a late notice fight against stand-in Yoel Romero. What happened next has been well documented. Rockhold found himself sat on the octagon floor wondering how things could have possibly ended up like this. 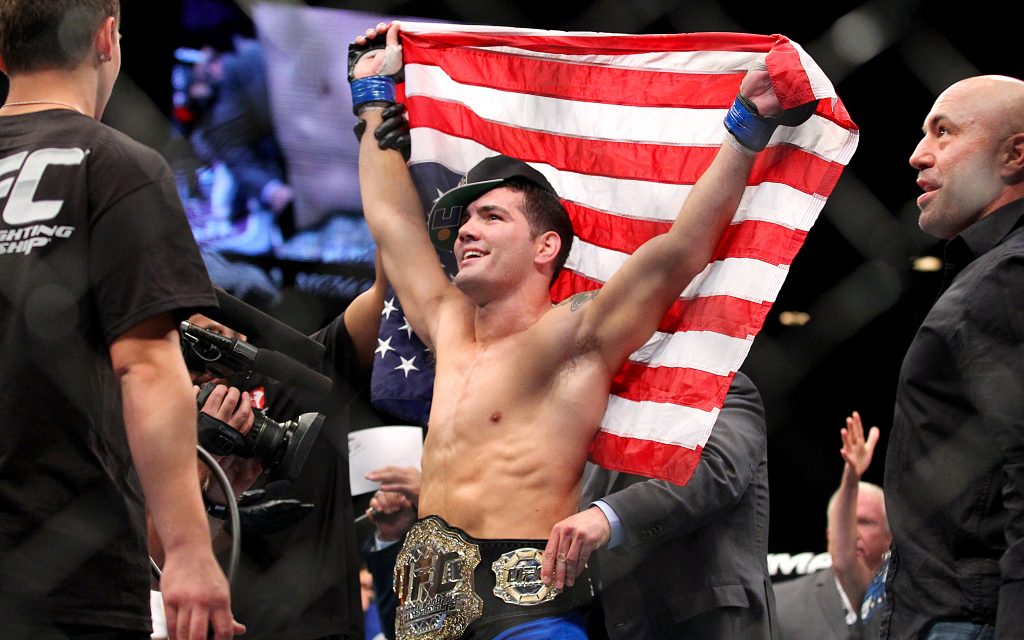 Weidman has made a lot of noise in recent weeks about being overlooked for the interim title fight planned for UFC 221. The fact is, he has won just 1 of his last 4 fights, including losses to Romero and Rockhold. The former champion was undefeated heading into his unsuccessful title defence against Rockhold at UFC 194. What followed was a vicious KO loss to Romero and a second disappointing display against former UFC middleweight Gegard Mousasi. Weidman got back on track with a third-round submission win against Kelvin Gastelum in July 2017 and has not fought since. 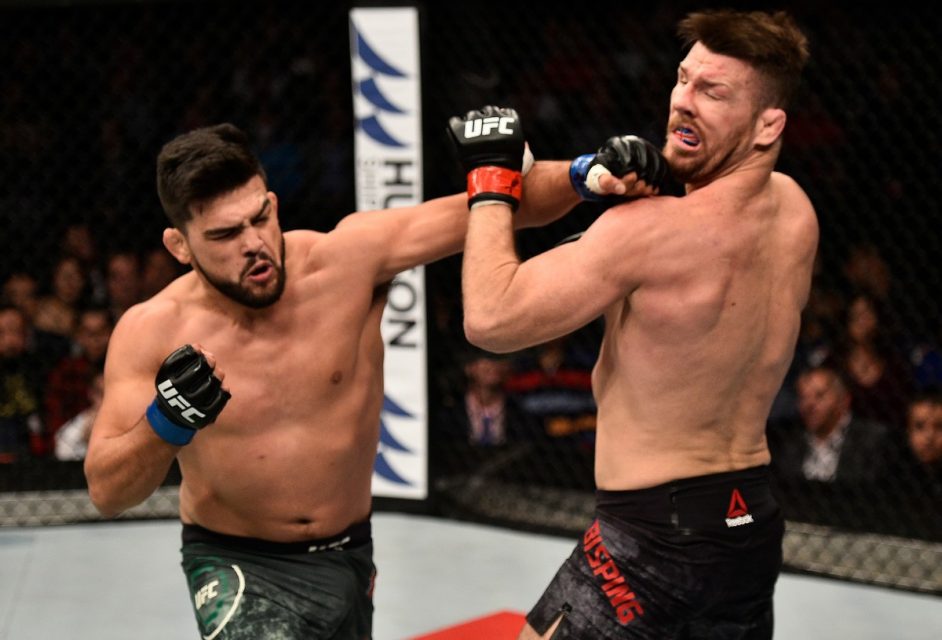 Gastelum is only 3 fights into his middleweight career but finds himself inside the top 5 by way of knocking out former champion Michael Bisping last November. Despite this being his only win at middleweight, Gastelum rocketed up the rankings. Gastelum’s middleweight record is an unimpressive 1-1-0 with 1 no contest. Prior to finishing Bisping, who it is worth mentioning stepped in at extremely short notice following being KO’d by Georges St Pierre, Gastelum was submitted by #4 ranked Chris Weidman. While Gastelum technically defeated veteran Vitor Belfort in his middleweight debut, this was later overturned to a no-contest following being flagged by USADA for unacceptable levels of THC in a test taken on the day of the fight.

A middleweight tournament (sort of)

Taking into account rankings, recent form and previous matchups, I’ve put together my list of the fights I believe should be made next. There is one clear option for who should be fighting Whittaker next. What is left amounts to a mini-tournament?

I know a lot of people don’t want to see Romero rewarded for his display against Rockhold because he missed weight. I understand this. That said, he is the only one who deserves the fight as things stand. Nobody else has his record against the rest of the top 5. Nobody else finished such a high level of opposition in such a convincing way in their last fight. Yes, he lost to Whittaker just 1 fight ago. Prior to him running out of gas in the fourth round, he was actually looking rather dominant. Lessons will have been learned. Strategies will change. The fight, should it happen, has every chance of being up there as one of the fights of the year. No matter what Weidman or any of the others claim, Romero deserves his second chance at the belt. I believe he will get it.

Having lost against two of the top 5 in his last 4 fights, Weidman needs to prove himself again against elite competition before taking a shot at the belt. Jacare is the perfect match up for him to show the world that he belongs.

If Weidman can defeat the talented veteran, he will be well on the way to putting his troubles behind him. The former champion has invested a lot of effort into campaigning for a shot at Whittaker recently. I honestly don’t see him having earned it yet. If he had defeated Romero or Mousasi then I could understand a little more. As things stand, this is the fight to make.

For Jacare, a win against Weidman would cement his place at number 2 and leave him at best, next in line for a shot. At worst, just 1 more fight away from getting his chance.

This is an intriguing matchup. Rockhold will naturally want a little break to look at what went wrong against Romero. He recently opened up about his desire to move up to light heavyweight due to weight cut difficulties as he ages. Now could be the time to make that move. If he does, this leaves Gastelum as the odd man out in the title race but could give Rockhold a new lease of life at 205lbs. Although, with questions being raised about his chin, facing heavy-handed light heavyweights may not be the right move to make. Should he return to the middleweight division, this is the fight to make.

Gastelum has a couple of impressive wins on his resume but was recently bested by Weidman. There is little chance of jumping the New York native to get a title fight. Should be emerge victorious against Rockhold however, it would put him in prime position. Just one more victory against top 5 opposition would see him ready to challenge for the belt.

I propose the winners of these two fights go on to face one another in a title eliminator with the winner facing either Romero or Whittaker later this year.

Given the many accusations were thrown at Michael Bisping of him holding up the division while he was champion, it is suddenly an exciting time for fans and fighters alike.

Just 3 months ago Georges St Pierre captured the belt and threw the division into doubt. Now, we have a potential line up of fights which will provide clear paths for the top contenders in the division to get the title shot they are all clamouring for.

Surely nothing can mess this up again, can it?

Unless we see a certain Irishman step up to 185lbs…

Let me know what you think of the matchups in the comments. For more of my MMA content, you can find me on Twitter @tommymull_mma.