Cat Zingano vs. Ketlen Vieira: What will go down?

Rumors have circulated recently of a planned meeting between Amanda Nunes and ‘Rocky’ Raquel Pennington at UFC 226 in ‘The Lioness’s’ home country, with many in the MMA community assuming either Zingano or Vieira will face the victor of the aforementioned slated championship clash.

The one-time title chaser Zingano last stepped into the octagon at the monstrous UFC 200 card, losing a decision to the sidelined Julianna Pena, while BJJ player Vieira established a current three-fight win streak since her promotion bow.

35-year-old Zingano has one of the most impressive résumés in women’s mixed-martial arts today, stopping the likes of former champion Miesha Tate, and both the previously mentioned Pennington and even current division queen Nunes, the last person to achieve such an incredible feat.

Nagging injuries and the unfortunate 2014 suicide of husband Mauricio Zingano has affected ‘Alpha’ Cat’s life both in the octagon and out of the octagon respectively, limiting her to just 2 bouts since 2015.

In her premier title tilt to date, Zingano faced the revered Ronda Rousey at UFC 184, and began hugely aggressively, marching Ronda down before falling victim to a patented Judo throw and timely fourteen second Armbar. With phenomenal potential and raw striking talent, a victory over Saturday’s opponent Vieira would surely see her afforded a second shot at UFC gold. 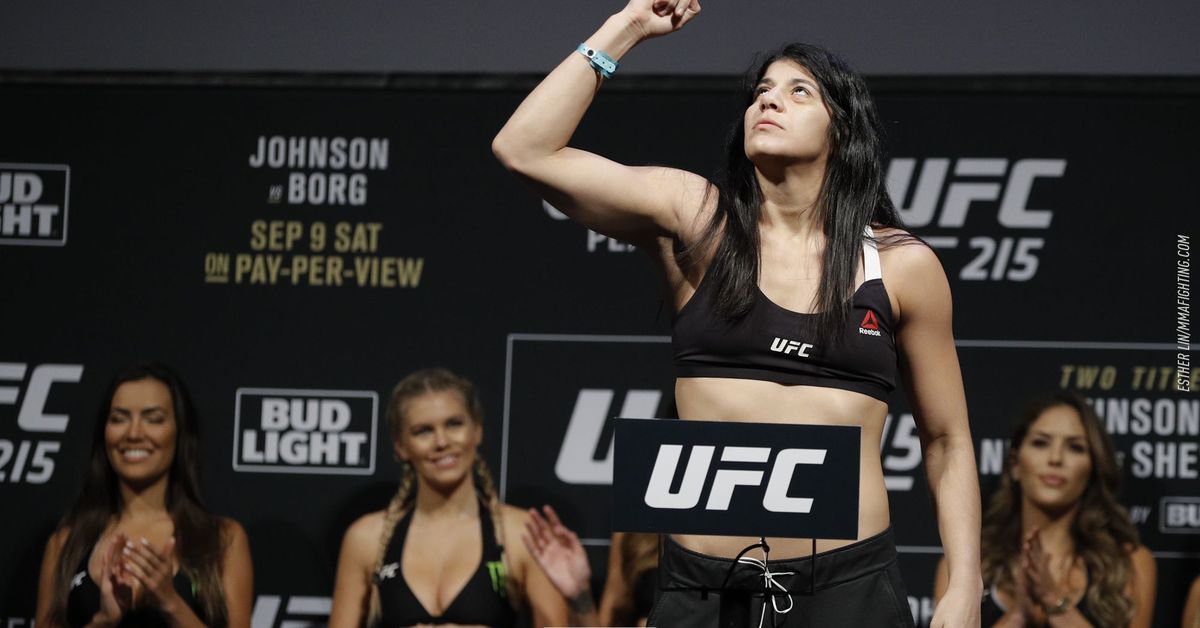 Her premier PPV appearance seen her thrown to the dangerous veteran Sara McMann, the talented grappling ace submitted the Athens 2004 silver medalist in Freestyle Wrestling, with an expertly applied arm-triangle, in the second round, and holds the #6 spot at Bantamweight.

Expect Zingano to keep range with a quick jab and to keep the bout standing as much as possible, to prevent the grappling onslaught of the dangerous Ketlen Vieira.