Tito Ortiz has officially announced his intention to retire from MMA competition.

Speaking at the Chuck Liddell vs Tito Ortiz 3 post-fight press conference, he said:

“I’m done. There is nobody left I want to fight. I just want to continue to help the sport grow as a promoter. I want to help give back to the fighters.”

His quick knockout of fellow veteran Chuck ‘The Iceman’ Liddell will now be known as his final fight. Having lost to Liddell twice before – at UFC 47 in 2004 and UFC 66 in 2006 – this third fight organised and promoted under boxer Oscar de la Hoya’s new MMA brand Golden Boy MMA drew a lot of criticism from fans. Some labelled it a cash grab and were unhappy to see Liddell return to competition, thinking him to be far too past his prime to be fighting.

Regardless of criticism, Ortiz seems happy to have rectified those losses and finish his career on a win. If he intends to get involved in the promotion side of MMA, perhaps he will be coming on board with Oscar de la Hoya‘s new project?

Ortiz, from Huntington Beach, California, USA, will be retiring with a record of 20 wins, 12 losses and 1 draw against Rashad Evans at UFC 73 in 2007. His first appearance as a professional was at UFC 13 way back in 1997 when he fought twice in one night – a TKO victory over Wes Albritton only 31 seconds into the first round, then a loss by guillotine choke against Guy Mezger, also in the first round.

Since then, he has fought against an impressive list of the most major MMA stars in the UFC and Bellator, such as Frank Shamrock, Ken Shamrock, Wanderlei Silva, Randy Couture, Vitor Belfort, Forrest Griffin, Stephan Bonnar, Lyoto Machida, Matt Hammill, Ryan Bader, Chael Sonnen, Antonio Rogerio Nogueira and more. 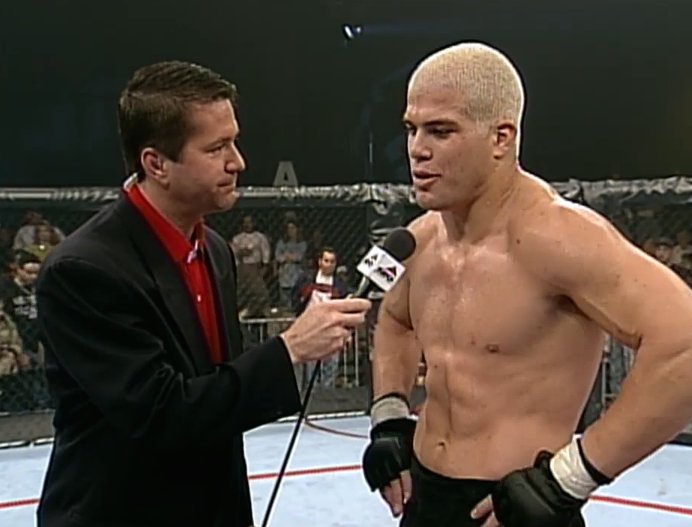 He was the UFC Light Heavyweight champion from April 2000 to September 2003 and was the ninth fighter to be inducted into the UFC Hall of Fame in July 2012.

Ortiz and Chuck Liddell were team captains on the eleventh series of The Ultimate Fighter which aired in 2010.

Do you have fond memories of watching Ortiz fight? Or did his trash talk make you cringe? Have your say in the comments below.