UFC on ESPN+ 3 will take place on February 22nd at the 02 Arena in Prague, Czech Republic.

Fishgold trains out of Next Generation MMA in Liverpool with the likes of Paddy ‘The Baddy’ Pimblett and Molly ‘Meatball’ McCann, both of whom have held championships in Cage Warriors. He has victories over Alexander Jacobsen (9-4-0), Nic Herron-Webb (20-8-0) and Jason Ponet (18-12-1) among others. 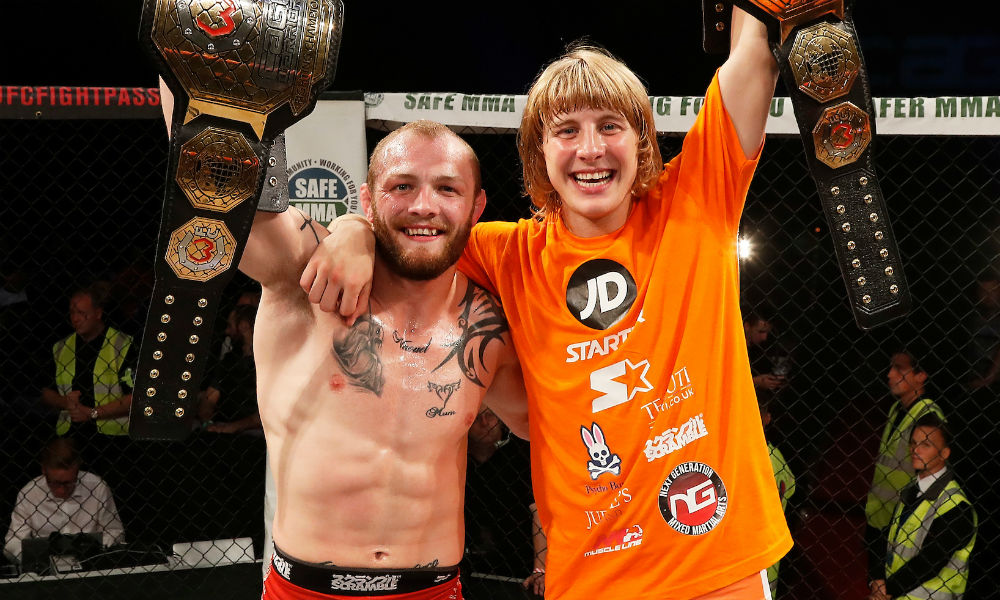 Chris has been pro since 2010 and in that time has racked up 12 victories by submission as well as 2 KO’s and 3 decisions. He was on a 7 fight winning streak before making his UFC debut at featherweight against Calvin Kattar (19-3-0) at Fight Night 138: Volkan vs Smith in October 2018. Unfortunately, he lost the fight by TKO.

But don’t count Fishgold out because he lost his first fight in the UFC – Daniel Teymur has gotten off to a rockier start, having had 2 fights for the organisation and losing both.

Daniel is a former multiple time Swedish and Nordic Muay Thai champion and the elder brother of Ultimate Fighter contestant David Teymur (the one who told Cody Garbrandt to ‘take care of his underwears’).

He lost his UFC debut against Edinburgh-born Danny Henry (12-2-0) by Unanimous Decision at UFC Glasgow in July 2017 then also lost his follow up bout against Julio Arce (15-3-0) by Rear Naked Choke at UFC Utica in January 2018.

Despite his Muay Thai credentials, he has a balanced record. He had 6 fights as a pro before signing for the UFC and won them all the first round, three of them by submission. Will this be enough to match the experience and success Fishgold has had on the ground?

Other fights confirmed for UFC Prague:

Darren Till - Proper 12 is Shite