Paul Craig vs. Kennedy Nzechukwu Announced For UFC On ESPN 2 In Philadelphia

Paul Craig vs. Kennedy Nzechukwu Announced For UFC On ESPN 2 In Philadelphia 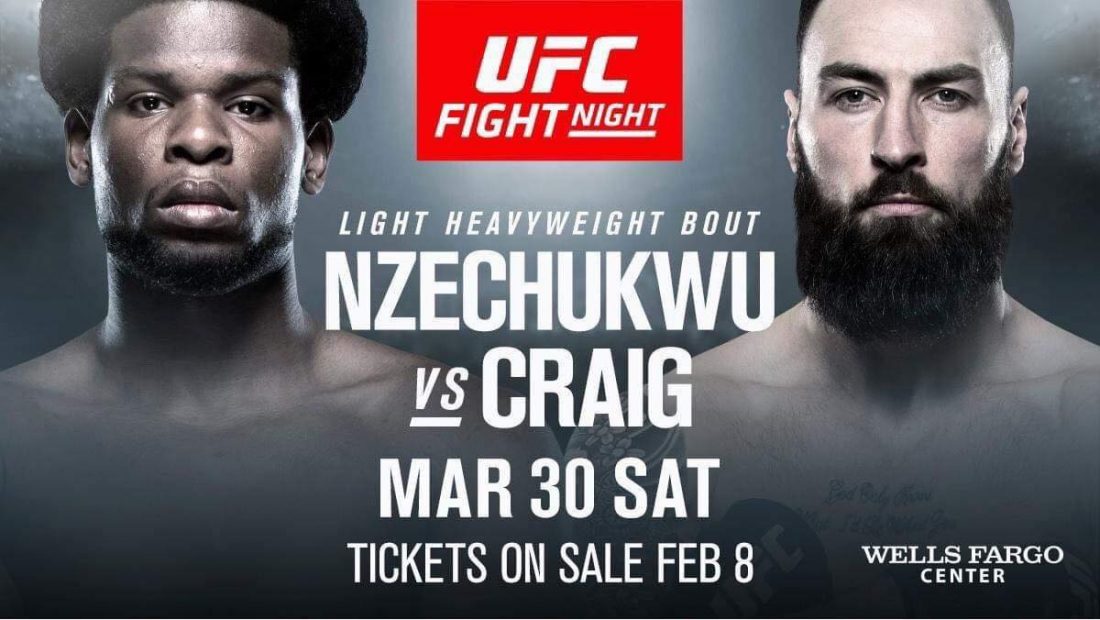 Craig is coming off a loss to  Jim Crute at UFC Adelaide while Nzechukwu is unbeaten on the Dana White Contender series and while make his debut for the UFC.

Craig told BBC Scotland earlier “He’s not fought in the UFC before, he’s not fought under the bright lights – that’s quite an intense thing,Kennedy is a striker and very, very raw and sometimes rawness doesn’t work when you’re up against somebody who’s skilled.I’m a very high-level grappler, so wrestling, jiu-jitsu – submission is what I’m looking for. I use a lot of my energy trying to get submissions because what I want is an exciting fight. I don’t want a boring fight. “