Cage Warriors have begun to stack their May 31st card, with five exciting bouts just announced for Colchester fans at the Charter Hall.

In the lightweight division, former title challenger Alexander Jacobsen will take on Adam ‘Boa’ Boussif in an intriguing matchup between two proven finishers. Cage Warriors fans have come to expect nothing but fireworks from Jacobsen, with highlights including his two knockout wins over Lawrence Fitzpatrick and Tim Wilde. Boussif – who has ended every one of his 10 wins within the distance – pulled off arguably the biggest win of his career in his last outing against Martin Stapleton via submission. 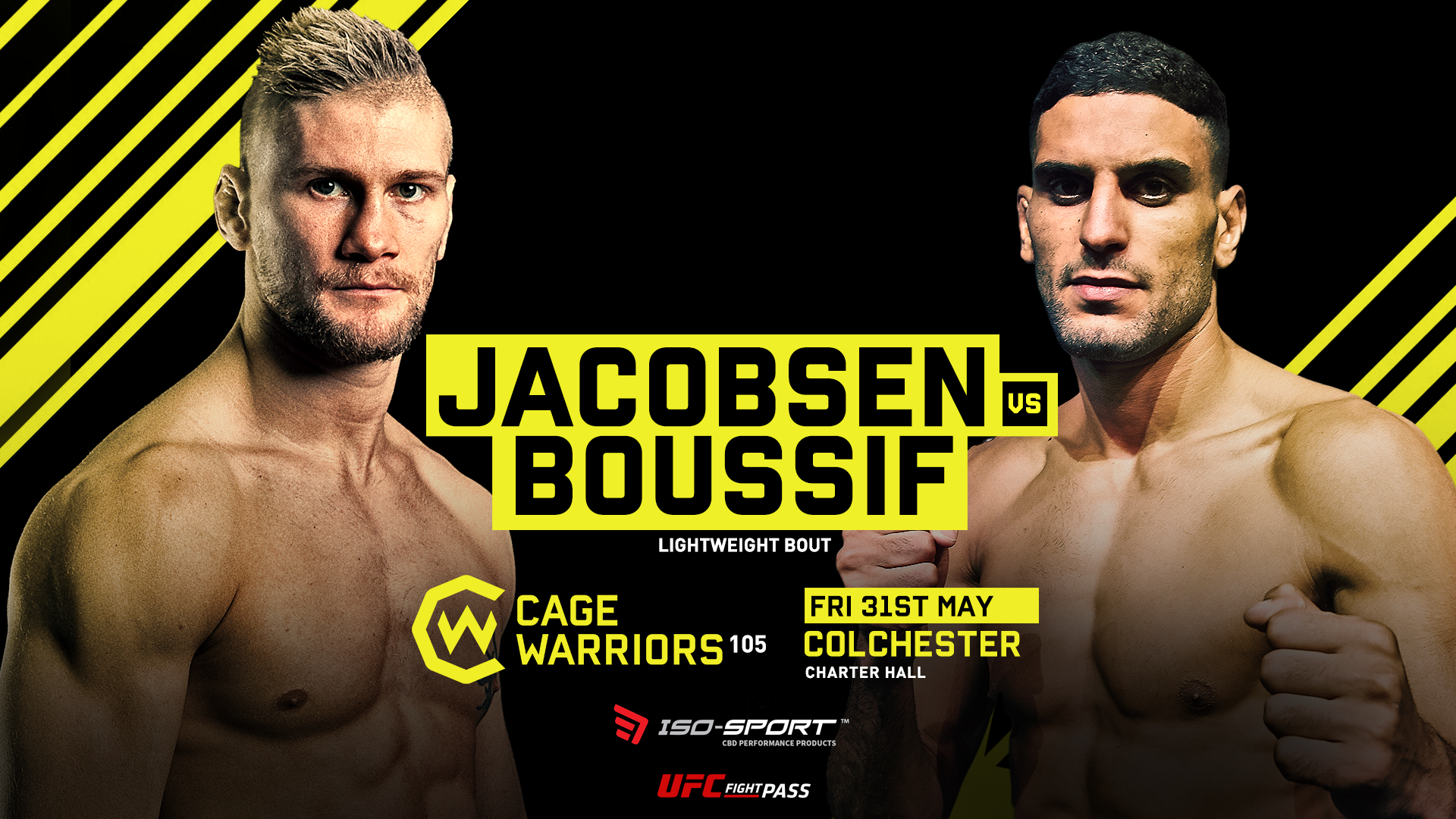 Steve ‘Diddy Kong’ Aimable has a stern test ahead of him in Aiden Stephen, who has entered the bantamweight division with back-to-back wins over Kris Edwards and Kingsley Crawford. Although Stephen has looked promising in his CW run so far, he’ll have to be wary of the devastating power of Aimable, which was on show at CW97 when he shocked fans with a knockout just 14 seconds after the opening bell – one of the fastest in Cage Warriors history. 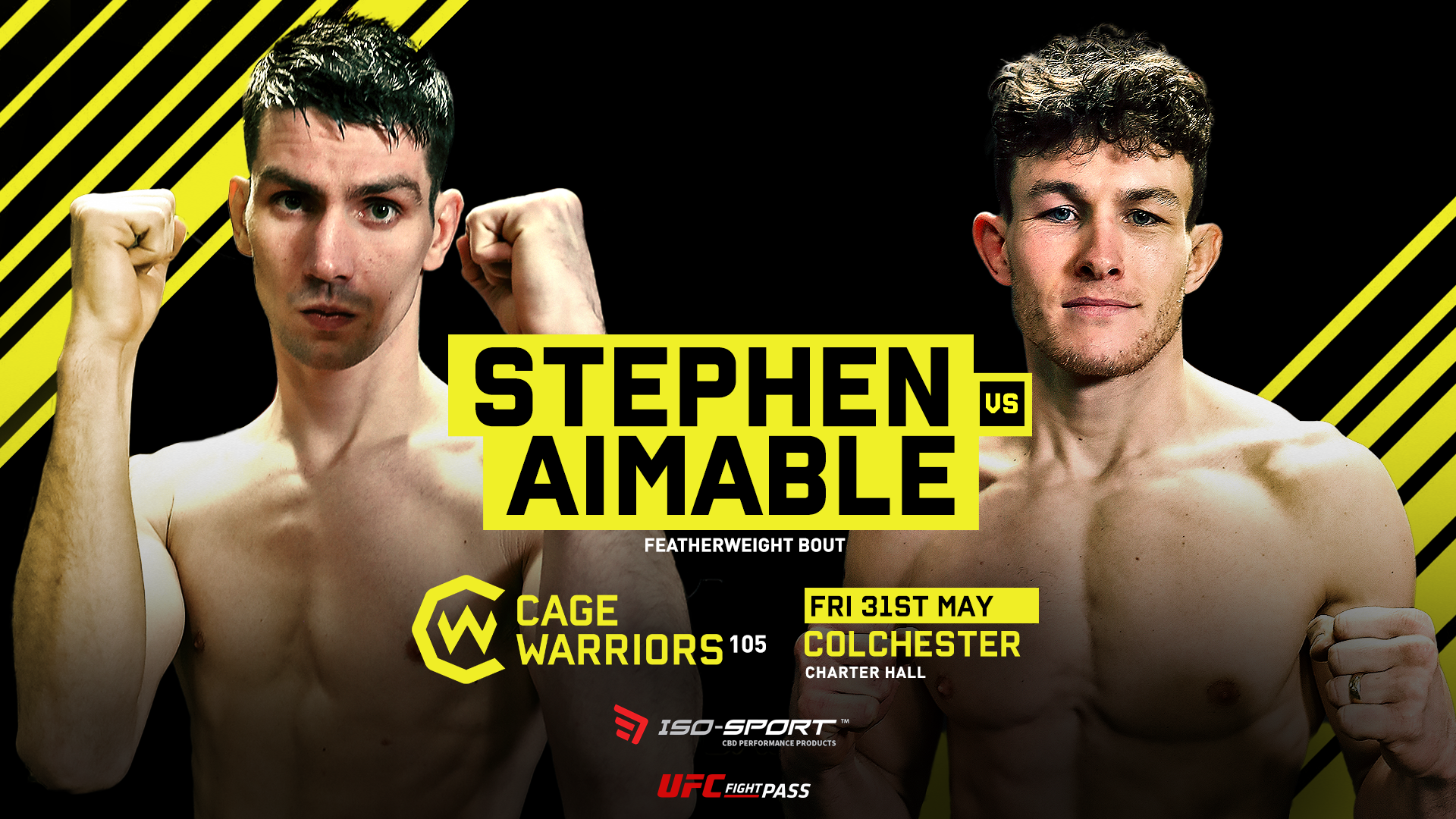 In the middleweight division, Alex Montagnani will take on Mick Stanton, who fell short of the title at CW96 but has since bounced back with a dominant win over Jenaid Ebanks. Montagnani ’s impressive record now stands at 11-3, with a finish rate of 91% – one of the very highest in the division. 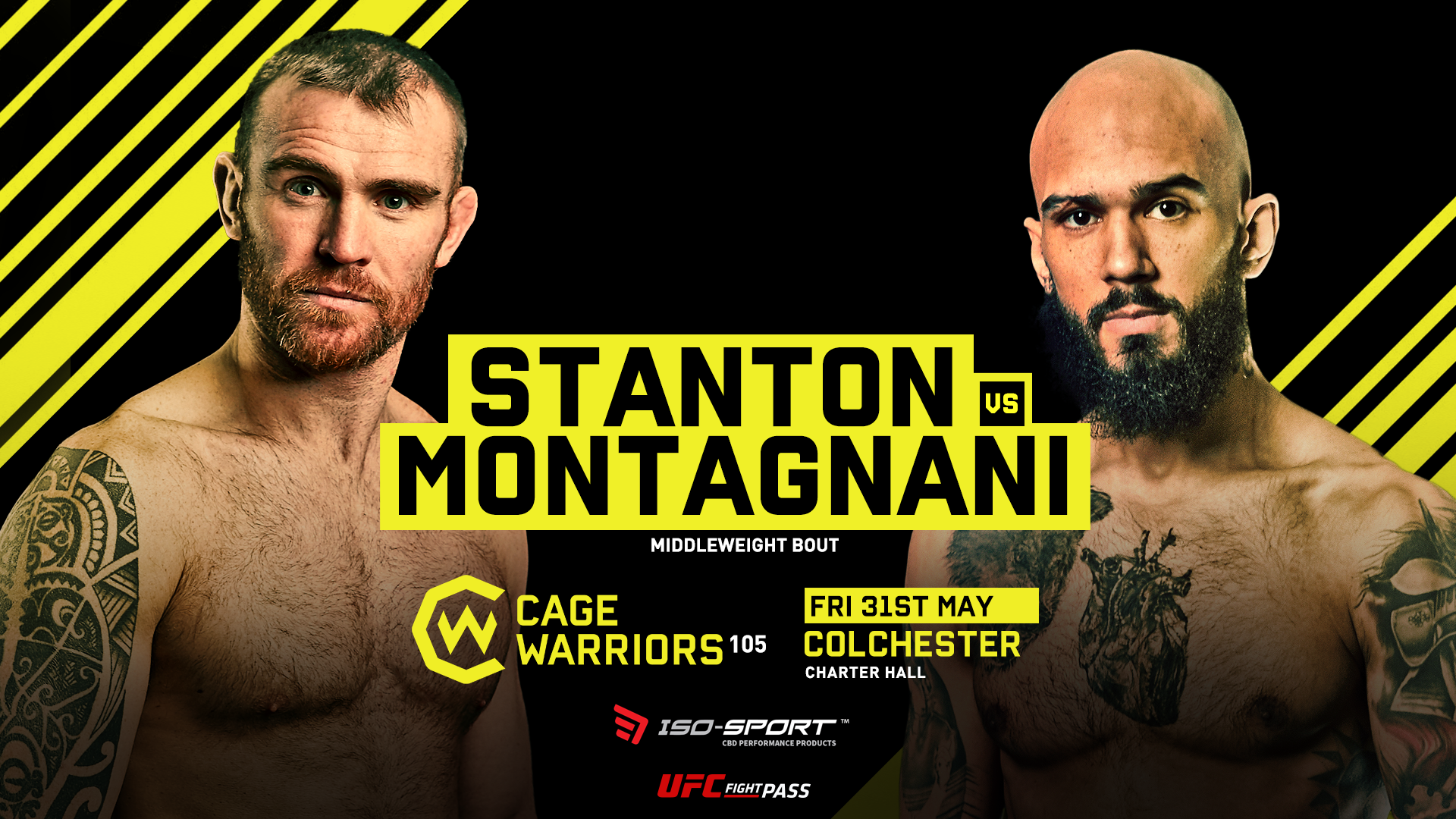 UK prospects Adam Wilson and Paul Harper will meet in the bantamweight division, and Martyn Harris will take on George McManus, whose finish at CW90 was nominated for 2018 Submission of the Year. Other names confirmed to fight in Colchester include Michael Younis and Sean Carter.

CW105 will take place at the Charter Hall in Colchester on May 31st. Tickets are on sale HERE.
Confirmed Fights
Alex Montagnani vs Mick Stanton – Middleweight