To deny Dillon Danis as an elite level grappler would be ridiculous as he has found himself regularly grappling against the very best in the World. On his Instagram account, you can find him regularly calling himself the best grappler in MMA history and sure enough, there will be a separation, those that mock him for these hefty claims and those that believe him. Being a BJJ coach to Conor McGregor and having a very privileged upbringing due to his father’s construction business’ there is no surprise that Danis has found himself in a position that many can only dream of being in themselves. Money never being an issue for Danis and now with McGregor, he can position himself to exaggerate his grappling ability and people might actually believe his claims because they are only gaining access to his subjective comments. The Joe Rogan Experience is also problematic for this as Joe Rogan (comedian and UFC commentator) does have a martial arts background in Taekwondo as well as a Jiu-Jitsu background under 10th Planet Jiu-Jitsu founder Eddie Bravo. The problem is that a vast amount of MMA fans idolise what Rogan says as gospel, so when he discusses just how elite Danis is at BJJ, people tend to believe it, especially the commonly used “casual fan.” Some insight into Dillon Danis competitive background in BJJ will prove that his claims are absurd, that’s not to say that one day they won’t be, who knows, he might go onto achieve greatness, but there is a line between confidence and delirious stupidity and Danis has certainly crossed that line. Submitting two people doesn’t earn you that title, Bellator is a good stage to promote oneself and his character will certainly earn him money, but it’s such an obvious act. 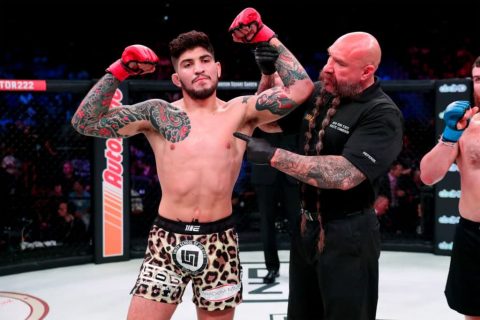 In Jiu-Jitsu circles Dillon Danis was regarded as a talented young prospect, the BJJ prodigy found himself on a stage to make a name off of a UFC veteran in Joe Lauzon, when they met at Metamoris 6 it was a quick submission victory for Danis, suddenly it wasn’t just BJJ enthusiasts that were paying attention to the skill of the young Marcelo Garcia prodigy.

Danis became a member of the Marcelo Garcia Dream Team when he earned his black belt under arguably the greatest to ever do it (I personally believe Roger Gracie is the best ever but it’s a debate amongst BJJ enthusiasts on who is the best ever) and he was ready to take the grappling World by storm. He won the IBJJF World Championship at Brown belt level, so everyone was intrigued to see what he was going to be able to accomplish at the highest level. 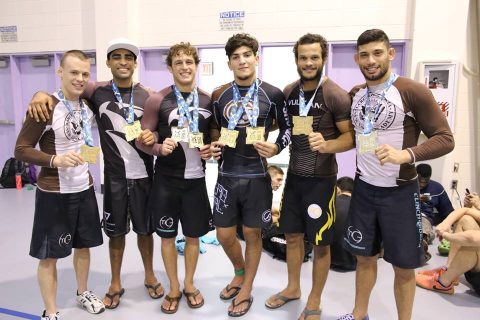 In 2015 Danis had his ADCC debut against Danaher Death Squad member Garry Tonon, Danis was dispatched with an inside heel hook and injured. Two years later at the ADCC, he lost to Mahamed Aly and eventual division winner Gordon Ryan, also a product of John Danaher. This brought Dillon’s overall ADCC combined record to 1 win and 3 losses. Over the course of his black belt career, he has managed to defeat the likes of Edwin Najmi Jackson Sousa, AJ Agazarm,  Murilo Santana, Tex Johnson & Josh Hinger. However, he also lost to elites like Garry Tonon, Mahamed Aly, Gordon Ryan, Lucas Barbosa & Leandro Lo. With a Black belt record at 18-16 and the fact that he lost to MMA great Jake Shields in a straight grappling match, it might make sense for Danis to stop trash-talking as all it’s done has led to him getting thrown out of the Marcelo Garcia Academy for poor behaviour and on the receiving end of a flying knee from the pride of Dagestan.

Herbert, Trueman, Grant and more confirmed for CW109 in Birmingham