What’s Next For Jon Jones?

First, we are going to look at a possible fight with Jan Blachowicz. Jan is a Polish-born fighter and is currently the number four ranked UFC Lightheavyweight in the world after recently knocking out previously number five but now six ranked light heavyweight Corey Anderson in the first round. Jan has earned his spot as the 4th ranked fight in the division by defeating the likes of Jimi Manuwa, Luke Rockhold and Jacare Souza. A fight with Jones could be very interesting as Jan has an extreme amount of punching power and it only takes one of his sweet right hands to end Jones’ reign as champion, on the other hand, Jon is one of the greatest fighters of all time and his ability in all aspects of the fight could prove to be a problem for Jan if the fight was to take place. 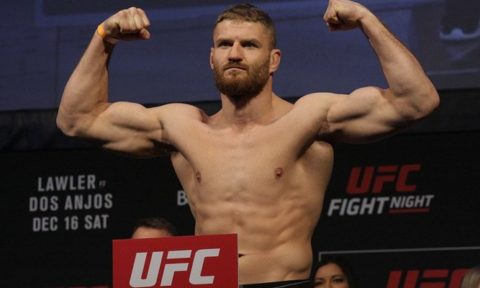 Now we look at the man who many believe actually defeated Jon Jones at UFC 247 and deserves a rematch, Dominick Reyes. Reyes is an All American fighter who has already fought with Jones and many believe he won that fight but the judges scored it in Jones’ favour on the night. Reyes has probably the best boxing abilities out the whole light heavyweight division and could put anyone away in a fight. Reyes has fought and defeated the likes of Jared Cannonier, Volkan Oezdemir and Chris Weidman. A rematch with the champion could prove to be a match of the year with Reyes having a very high chance of capturing the gold. 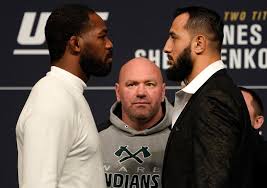 So now after looking at the two main candidates for Jon Jones’ title defence, I’m going to throw a few names into the mix. The first one being Daniel Cormier as everyone knows this is the fighter best matched with Jones even tho most fans would like to see the trilogy at heavyweight. If ‘DC’ can’t get his rematch against UFC Heavyweight Champion Stipe Miocic he could come back down to light heavyweight to fight Jones in what would probably be Cormier’s final bout. One more name is the winner of Anthony Smith vs Glover Teixeira both fighters are extremely talented a win for Glover could set up the first fight with Jones but Smith has recently fought Jones in 2019 and a rematch could cause problems for both fighters.

Who do you think Jones will fight next? Who deserves the next title shot and who will get it? Only time will tell…