Nothing delays a hype train like a global pandemic

Hype is an important ingredient in MMA. As much as we all like to say that we fully respect the rankings and that it’s all about the sport, all too often a fighter having that unique buzz around them can be the difference between whether or not they get that sponsorship, that spot on the main card, and in a few special cases, who gets that next coveted title shot. Under the current circumstances, the young, up-and-coming hype trains in the sport are sure to come to screeching halt, with many hot new talents, unfortunately, cooling off as the MMA world comes to a standstill. Fresh blood is what keeps the game interesting, and there’s currently no shortage of rising stars to keep your eye on.

While not the most flashy or outspoken fighter out there, UFC strawweight Tatiana Suarez is one of those fighters like Frankie Edgar or Max Holloway where it’s difficult to fathom how somebody could dislike her. After her Olympic wrestling dream came to a crashing end following a cancer diagnosis, Suarez went on to beat the disease, win The Ultimate Fighter, and is now on the verge of a world title shot. Nicknamed, ‘The Female Khabib,’ by fans, her wrestling pedigree is unmatched in her division, taking people down at will and smashing them with elbows in a fashion not too unlike the Russian champion. Some may argue that she’s not the most well-rounded and that her striking isn’t on the level of some of her contemporaries. But does that even matter? One look at her record, as well as the record of the aforementioned Khabib Nurmagomedov, will tell you that it may well not.  With a perfect record, an inspiring backstory, a very public love of dogs, and the UFC seemingly fully behind her, Suarez has all the potential to be one the biggest breakout stars in women’s MMA. 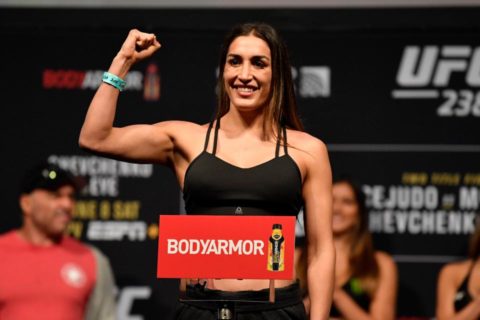 When Chase Hooper made his UFC debut on the prelims of UFC 245, the reaction from casual and hardcore fans alike was something along the lines of, ‘That guy is a fighter?’ And it’s not hard to see why. With a slender frame, a curly barnet, and nary a facial or chest hair in sight, ‘The Teenage Dream’ bore more resemblance to that kid you knew in high school that loved dragons than he did the typical image of a UFC fighter. But after his wild first-round TKO victory over Daniel Teymur, followed by him expressing his desire to visit M&M world, people couldn’t help but be endeared to him.

Hooper capitalised on this newfound attention by taking a microphone to UFC 246 and conducting humorous interviews with the likes of Jorge Masvidal, an interview in which hilariously played up his likeness to Masvidal’s highlight reel victim Ben Askren. In a sporting world full of larger than life figures and hyper-aggression, it can be refreshing to see an athlete express their quirkier sides, and look like a regular guy while doing it. Combine that with the fact that despite his appearance, Hooper is undefeated and has some bonafide skills inside the cage, and you have a young talent that’s almost impossible not to root for. 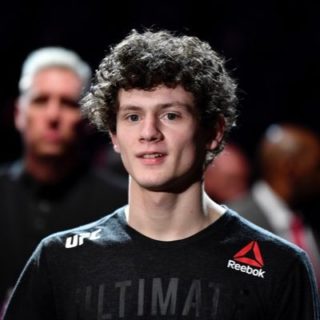 Cory Sandhagen’s rise to the top 5 of a deep and dangerous bantamweight division has seemingly gone under the radar of most fans. But don’t let his relative lack of hype fool you, because the man is as legitimate a contender as anyone at 135lbs. There’s just something about Sandhagen’s game that looks so effortless. From his crisp boxing (with a particularly dangerous left hook to the body) to his fluid stance switching, he has a truly exciting, well-rounded game that has enabled him to add the likes of Raphael Assunção to his list of wins. Despite the lack of buzz around his name, if it comes down to Sandhagen vs current champion Henry Cejudo, I think you’d be a fool not to take ‘The Sandman,’ extremely seriously. 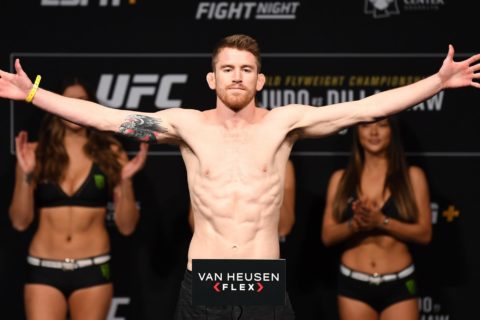