Battle Arena Scotland has been announced to take place at the Lagoon Leisure Centre in Paisley Saturday 10th April. 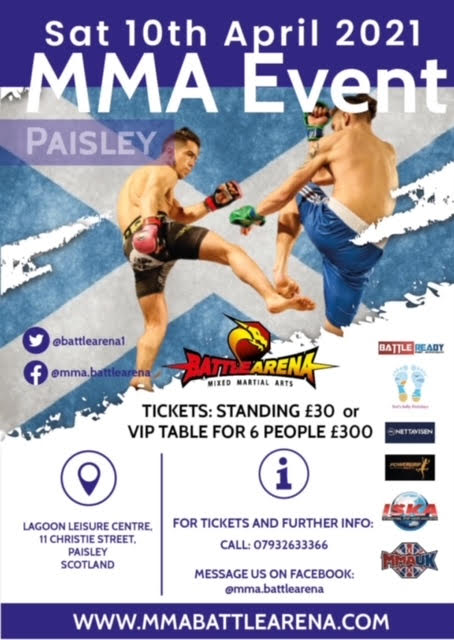