Janet Barnes and her two friends Caroline, Genie will be boxing for 12 hours from 9 am to 9 pm on Saturday 23rd January 2021 to raise awareness of Parkinson’s Disease. Through this new challenge, they want to connect with other sufferers around the world in a positive way, something particularly important to Janet as she was diagnosed with Parkinson’s at the age of 47 in September 2018. 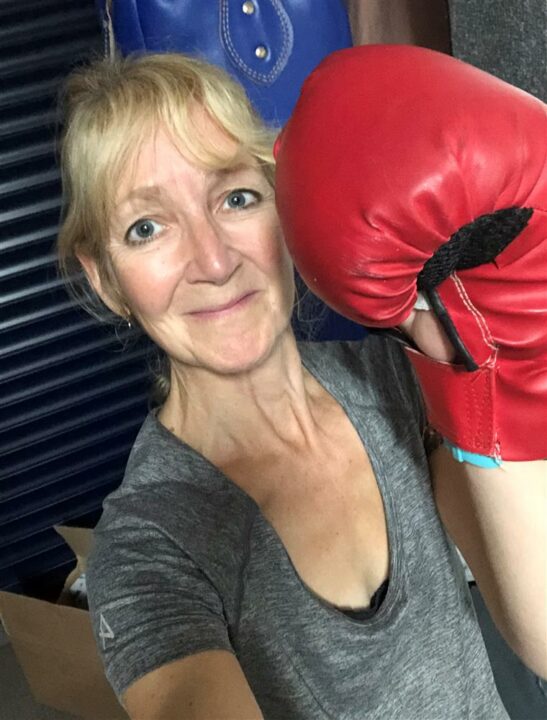 Janet’s inspiration for this new challenge was the online Parkinson’s boxing class she’s attended during the COVID-19 pandemic. Maxine and Christian Smith of Resurrection Mixed Martial Arts Academy have put two classes on a week to keep a group of Parkinson’s sufferers physically and mentally fit during the lockdowns.
Janet says: “Parkinson’s is a condition that’s both scary and misunderstood. We want this event to celebrate what people with Parkinson’s can do, rather than what they can’t. Exercise plays a vital part in managing the condition, and boxing training is a great help, both physically and mentally. We hope lots of people, regardless of their physical ability will tune in to the event and throw some air punches at Parkinson’s and keep our spirits high
throughout the 12 hours”. The challenge requires Janet and her two friends to rotate between pad work in the boxing ring and virtual boxing joined by others online for the 12 hours just breaking for fuel and
comfort stops. 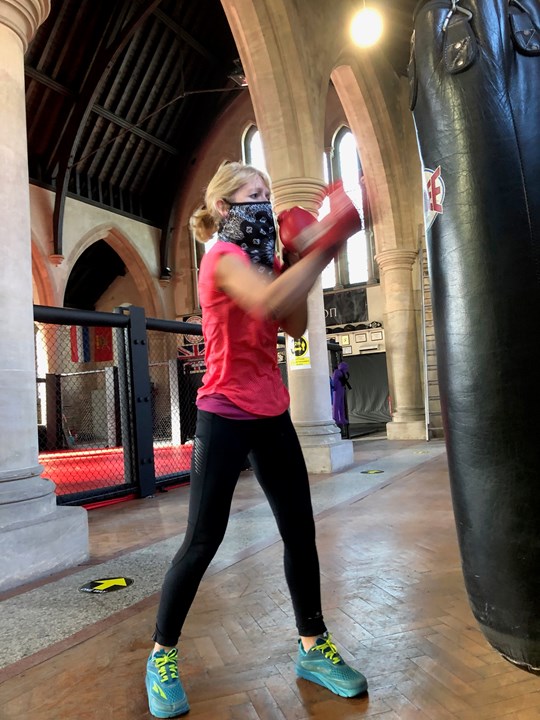 Janet admits it’s going to be tough, but they’ve been working to a training program devised by Maxine to prepare them through the challenge. They hope to lead a movement where people can join in and help raise vital funds for Parkinson’s by donating £15 to enter the online boxing class and enjoy the challenge. Parkinson’s is a progressive neurological condition for which there is currently no cure, and it affects around 145,000 people in the UK including 121,927 in England / 12,184 in Scotland / 7,692 in Wales / 3,716 in Northern Ireland.

Parkinson’s UK estimates that there are more than 40 symptoms of the condition. As well as the most widely known symptom – tremor – these range from physical symptoms like muscle stiffness to depression, anxiety, hallucinations, memory problems and dementia, but Parkinson’s affects everyone differently. The “Punching Through Parkinson’s challenge is about being positive and fighting back at the disease.

For more information about this challenge and how to get involved, please email Janet at janetmbarnes@ntlworld.com, or ring her on 07904 067160. The JustGiving page can be found at https://www.justgiving.com/fundraising/janet-barnes10

Katherine Bartrop, Head of Regional Fundraising at Parkinson’s UK, said: “Our work supporting people with Parkinson’s, and research to find better treatments and a cure for the condition is completely dependent on donations “To put it simply, without the support of our amazing fundraisers, the work we do just wouldn’t be possible, and we’re very grateful for this support.” To sponsor Janet and the team please visit https://www.justgiving.com/fundraising/ Janet-barnes10

About Parkinson’s
• Every hour, two people in the UK are told they have Parkinson’s
• It affects 145,000 people in the UK – which is around one in 350 of the adult population
• Parkinson’s is a degenerative neurological condition, for which there currently is no
cure. The main symptoms of the condition are tremor, slowness of movement and
rigidity
• Parkinson’s UK is the UK’s leading charity supporting those with the condition. Its
mission is to find a cure and improve life for everyone affected by Parkinson’s through cutting edge research, information, support and campaigning.
• For advice, information and support, visit www.parkinsons.org.uk or call its free, confidential helpline on 0808 800 0303