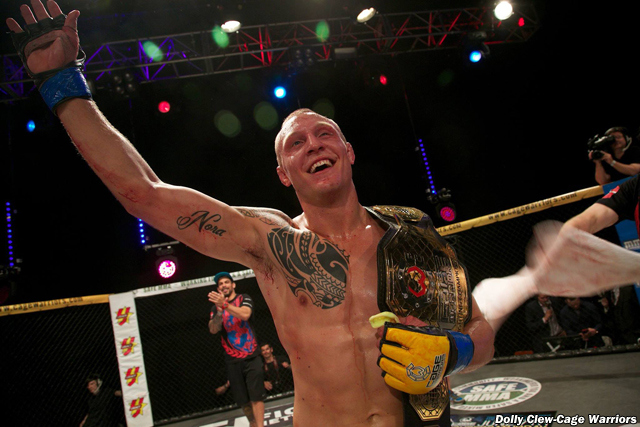 After many changes to the Cage Warriors 71  card already, it now seems that the headline fight has finally been set in stone!

The event itself, originally planned to feature a main event between Hermansson and Cheick Kone, was supposed to take place on Aug. 23 in Stockholm before issues with the Swedish Mixed Martial Arts Federation forced Cage Warriors to shift gears in a major way. (The SMMAF later disbanded its pro MMA committee and will start it again from scratch.)

Hermansson has won three straight fights, all for Cage Warriors, since a two-fight run for Bellator that saw him lose his only two fights as a pro. The Norwegian won the vacant Cage Warriors middleweight belt in June when he tapped out Norman Paraisy at Cage Warriors 69. That victory moved him to 5-0 under the Cage Warriors banner, with four of those five wins coming by stoppage.

“I’m excited to be making my first title defense against a very good opponent, but I’m confident that I’m the better fighter. I’m looking forward to putting on a show again for the brilliant Cage Warriors fans in Amman.”

Topalski, from Bulgaria, will make his Cage Warriors debut and also has won three straight fights, making him perfect in 2014. Just a week ago, he won a unanimous decision in his home country. But his resume features seven stoppage wins in 11 total victories.

“This is undoubtedly the biggest opportunity so far in my career. I’m planning to make a big statement and take Jack Hermansson’s belt.”