Rage In The Cage 3 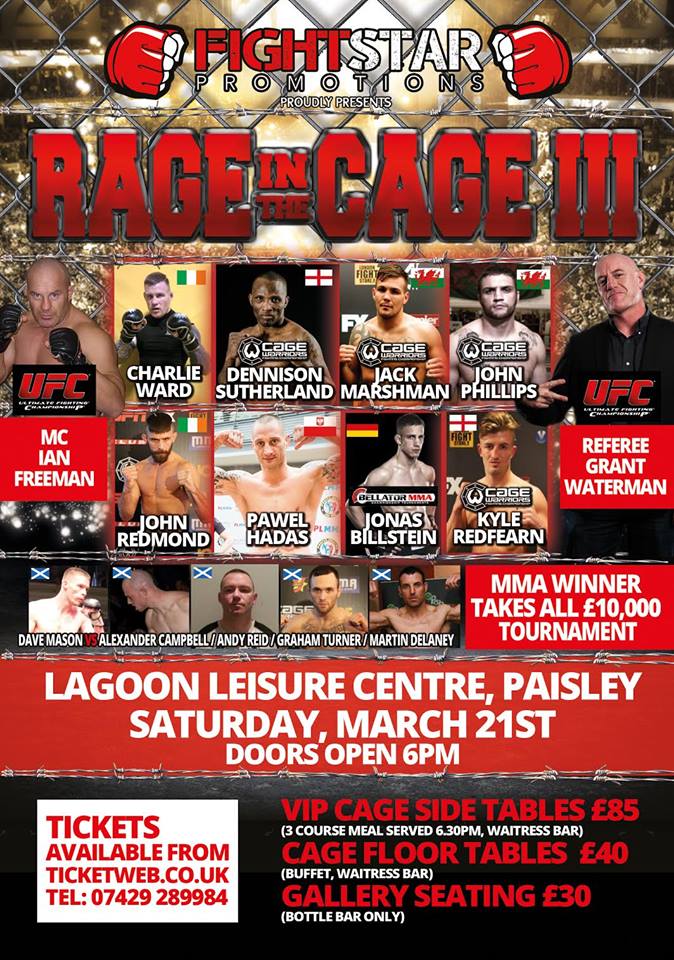 This is the show everyone has been waiting for with fighters from Cage warriors, Bellator and Bamma. As well as UFC legend Ian “THE MACHINE” Freeman and the awesome Grant Waterman as referee.

Rage in the Cage 3 will feature an eight man tournament; winner takes all £10,000 prize.

The 8 fighters who will be competing in the tournament are