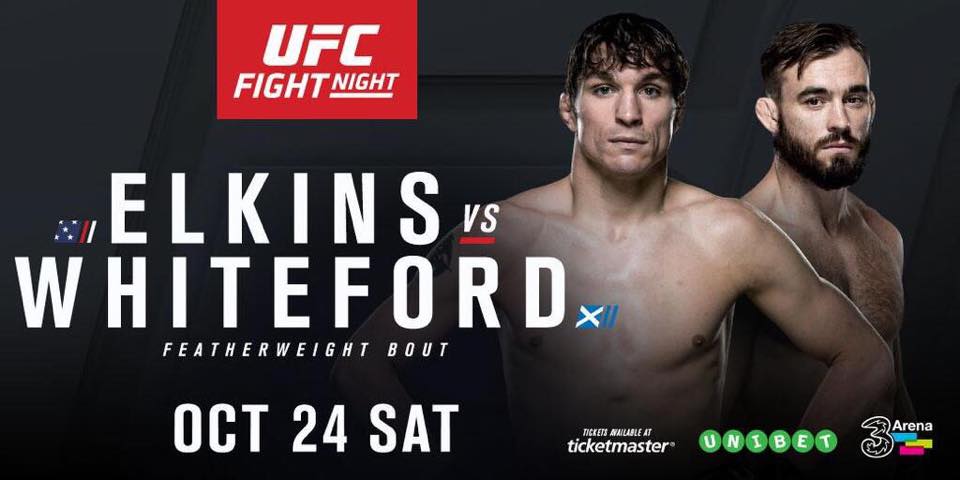 MMA UK Correspondent Jade Morris catches up with the UFC Featherweight to get his thoughts on the match up, Whiteford ‘I didn’t come here to be average, I’m here to put my mark on the division’

Whiteford (12-2) has won two out of his last three fights in the UFC, with his last fight ending in an impressive 1st RD KO against Paul Redmond

Elkins (18-5) coming off a loss to Hacran Dias has won two of his last five fights, his losses being against top-level competition.