by Tom Heffernan
in UFC
0

UFC on Fox 22 takes place on Saturday night from the Golden 1 Centre in Sacramento, California and promises an exciting card made up of some of the promotions hottest new prospects and pioneers of the sport.

The new generation of fighter such as Paige VanZant, Michelle Waterson, Sage Northcutt and Mickey Gall have all been afforded the prestigious main and co-main slots but all eyes will surely be on Urijah Faber as the former WEC featherweight champion makes his way to the Octagon for the very last time in UFC colours. It is only fitting that the “California Kid” gets to compete one last time in his home state against Brad Pickett – a pioneer of UK MMA.

Also featured on the card is the long awaited debut of Scotland’s Paul Craig (8-0). The undefeated light heavyweight known as “Bearjew” will headline the prelims against another undefeated fighter, Brazil’s Henrique DaSilva (12-0)

Paul’s head coach and owner of the Lanarkshire based Scottish Hit Squad gym, Brian Gallacher, has agreed to give me his picks for some of the most anticipated fights in a special The Writer vs. The Coach prediction piece. I must point out that Brian reminded me that the last time I challenged him he called all the fights 100% correct, so I am out for revenge on this one! 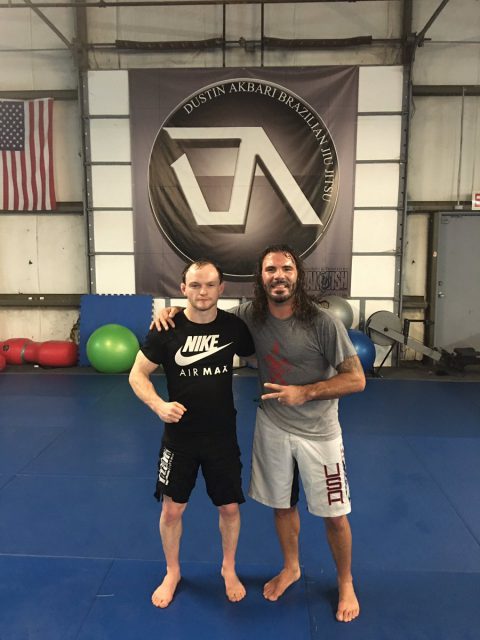 Here are our picks:

Brian: I think Paige VanZant will win by TKO stoppage within the first 3 rounds.

Tom: I don’t actually think Paige is as high level a fighter as we are being led to believe; she lost convincingly to Rose Namajunas and struggled for the best part against Bec Rawlings. Waterson has moved from Atomweight to strawweight so size might be a factor but I think she is the better fighter and I am expecting Michelle to submit Paige in the 2nd round.

Brian: Brad Pickett by decision. It’s a tough fight for Brad but he has a good takedown defence but if it does go to the ground I don’t see Faber being able to hold Brad down. Pickett is also the superior striker so I think it’s a good fight for Brad. Also, with this being Faber’s last fight I see Pickett being hungrier for the win.

Tom: What a great fight as two MMA legends and two pioneers of the sport in their respective countries battle it out. Brad has struggled of late and I was surprised he didn’t hang up his gloves in London earlier this year. For me, Faber is the better all round fighter and the more durable of the two. Plus, I just don’t see anyone spoiling his retirement party. Faber to win via ground and pound stoppage in round 3.

Brian: I can’t go against my fellow Gall. Mickey Gall is high level brown belt. I see the ground as Sage’s weakness so I see Mickey either grinding out a decision or getting the submission finish. Go on Gallagher haha!

Tom: I am yet to be convinced by either fighter to be honest. Sage is flamboyant and has elite striking, of that there is no doubt, but I still think he is raw in terms of MMA. Gall has won two in the UFC but against very poor competition. I think Sage will keep this on the feet and will score a KO in the 2nd round.

Tom: Two undefeated men that finish fights. I think it’s fair to say someone is going home with $50k bonus cheque. Henrique is a pure striker and will be weary of Paul’s ground game. That might mean he is tentative to let go the punches and kicks and that will be good news for Paul. I expect Paul to weather an early flurry from the Brazilian and take the fight to the canvas to do his thing. Paul to win via submission in the first round.