Randy Vs. Fedor At Metamoris? ‘The Natural’ Likes The Idea. 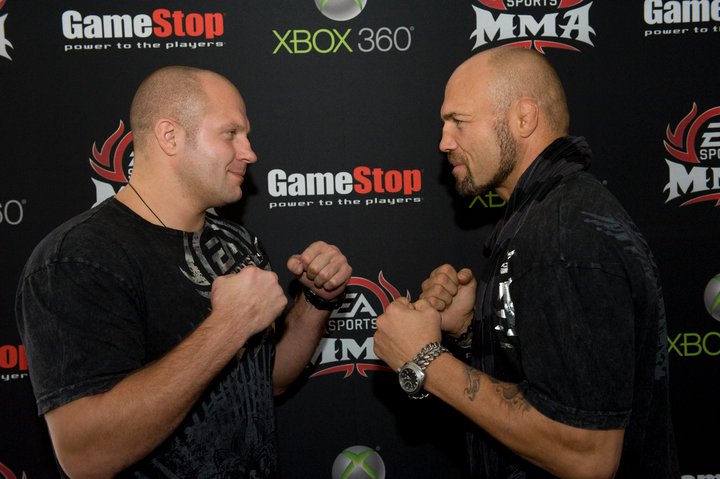 Back in 2008, former UFC champion Randy Couture was very, very close to having a 265-pound showdown against ex-PRIDE star, Fedor Emelianenko when ‘The Natural‘ retired from the UFC to go on to bigger and better things!

But that doesn’t mean he has closed the door on a potential showdown against ‘The Last Emperor’ . Although both fighters have retired and are no longer competing in MMA but that doesn’t close the chance of the two squaring off in a match up at Metaomoris!

The Natural spoke to Submission Radio.

“That would be interesting and certainly given the time to prepare and get back up into good, solid grappling and wrestling shape, that would be a lot of fun and I think, you know. I’m not sure how active Fedor is at this stage, you know him being retired as well, but I’m certainly no opposed to an idea like that.”

Couture was asked to fill in at the most recent Metamoris event when his Team Quest teammate, Chael Sonnen, was close to withdrawing, thanks to a recent run in with Nevada State Athletic Commission (NSAC). Fortunately, cooler heads prevailed and the “Bad Guy” was allowed to compete (and lose).

Emelianenko ruled the combat sambo circuit for nearly a decade and would provide an interesting challenge for Couture, a decorated wrestler and competent grappler. Whether or not Metamoris can afford the price tag that accompanies this type of “super fight” is unknown, but I’d certainly pay to see it.

What are your thoughts on this? This is something I would certainly love to see!