The Gracie Hunter, The Gracie Killer, The IQ Wrestler. It can be debated what his nickname is but one thing everyone has to agree with is the man must be called a legend. Known for his exciting grappling approach to MMA fights with a submission before position attitude and his willingness to fight anyone put in front of him made him a fan favourite. An avid drinker and chain smoker with a background in amateur wrestling before making a transition to professional wrestling as many do in Japan due to the immense popularity and professional approach the fans take to professional wrestling in comparison to what people see in the United States under companies such as the WWE and TNA, the Japanese had a different approach in their style. 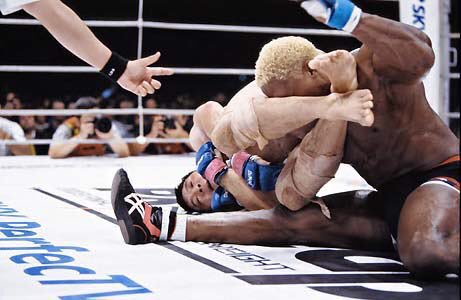 The interaction of shoot-style made the predetermined matches appear more brutal to the fans, witnessing something so close to real combat but still keeping the fixed results, this meant that fans could feel like they were watching a real fight whilst being lost in the spectacle and pageantry of professional wrestling. The Japanese are known for their shoot style of wrestling, this was so popular that in 1976 Japanese professional wrestling legend fought the greatest heavyweight pugilist of all time in Muhammad Ali. This was an early look at Mixed Martial Arts, the fight, however, was not pleasant to watch as it consisted mainly of Inoki falling to his back and kicking Ali’s shins with Ali responding by throwing weak punches to Inoki’s legs wanting nothing to do with the ground game, the end result was a draw. 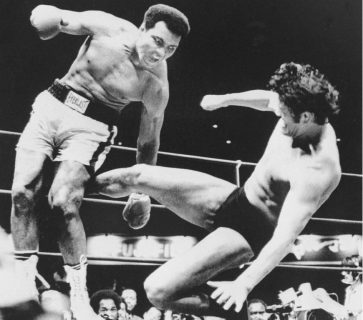 Kazushi started training in the amateur wrestling at age 15 and made the wrestling Chuo University which was a very good school for wrestling which had actually produced two Olympic Gold Medalists in Shozo Sasahara and Osamu Watanabe. Within his time there he managed to become a team captain and won the East Japan Freshman championship and even managed to place 4th in Japan at some point, collecting a win against future Olympic Bronze Medallist Takuyu Ota along the way.

Starting as a professional wrestler he found himself in jobber positions (consistently used to lose to show off the skillset of superior talents. He organisation he was with (Union of Wrestling Forces International) took a significant hit when they feuded with New Japan Pro Wrestling, with most of their main talent losing high profile bouts with their stars losing to the bigger NJPW stars. This hurt as the shoot style of professional wrestling that the UWFI presented now looked worthless. To regain credibility they sent one of their “tough guys” Yoji Anjo to the United States to fight renowned fight legend Rickson Gracie, Anjo easily lost. However during Sakuraba’s time at UWFI, he learned some Muay Thai, but most importantly, it was there where he met Catch Wrestling coach Billy Robinson, who was monumental to Sakuraba’s development in Catch as Catch Can. This braced him for his transition to MMA. When in MMA he found himself in a feud with MMA’s most famous family…

At the Pride FC Grand Prix 2000 Finals, there was an epic fight for the ages, this still holds the record for the longest MMA fight in history when he fought the legendary Royce Gracie in a 90-minute match. There was a lot on the line going into this match as Sakuraba had a victory over Royler Gracie via Kimura. For 90 minutes (6x 15-minute rounds), eventually Royce could take no more punishment and the Gracie corner threw in the corner. To make matters even crazier, Sakuraba fought later on that very night losing to Heavyweight Igor Vovchanchyn.

The moniker The Gracie Hunter was earned by Sakuraba, over the course of his career he managed to beat four of Gracie’s (Ryan, Renzo, Royce and Royler). His legacy of victories shouldn’t stop there though as he has defeated many more opponents that fly under the radar which really shouldn’t. He won the UFC Ultimate Japan Heavyweight Tournament and by doing so he became the first-ever man in UFC history to submit a BJJ Black Belt. This was just an early sign of things to come, later adding legendary names to his list such as Guy Mezger, Ken Shamrock, Vitor Belfort, Quinton ‘Rampage’ Jackson, Masakatsu Funaki & Kevin Randleman. Even in defeat, he fought names like Wanderlei Silva, Mirko Cro Cop, Ricardo Arona and Antonio Rogerio Nogueira. In his senior years when he was in his 40s, he still stepped into the ring to face monsters like Jason Miller, Shinya Aoki and Melvin Manhoef. 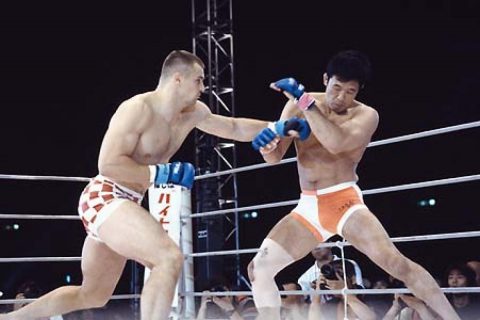 Now fully retired from the sport of MMA he has engaged in a lot more grappling based competition fighting Renzo Gracie at Metamoris V and Frank Shamrock at the Rizin World Grand Prix Opening Round Part II. These could feel like safe matches as both of these men are in their senior careers as fighters, the madness that is Sakuraba didn’t end here. Co-founding the successful team grappling event Quintet with Josh Barnett, Sakuraba still competed against world elite NoGi grapplers like ADCC veteran and 10th Planet Jiu-Jitsu standout Richie Martinez as well as ADCC European Trials winner and UK standout is known for his butterfly guard, guillotines and sheer brute strength in Daniel Strauss. 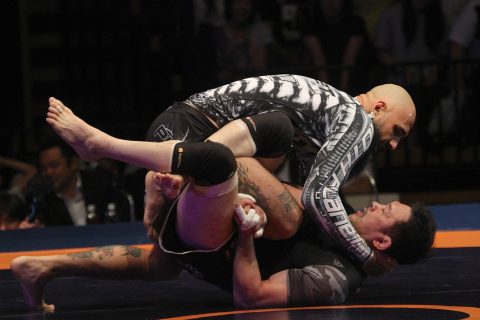 A legend of Japan, there is no shock that he became recognised for his accomplishments, earning himself a truly well-deserved induction into the UFC Hall of Fame 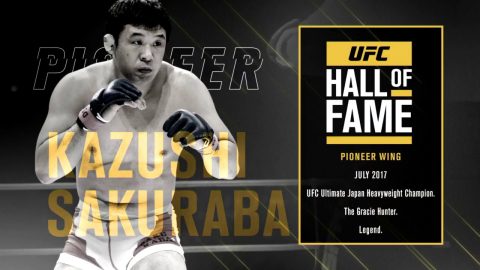