Khabib Nurmagomedov and Eldar Eldarov stood opposite each other inside the cage over 11 years ago when the two were starting out as young mixed martial artists in their home country of Russia.

Nurmagomedov went on to win the bout in emphatic fashion, scoring a second-round technical knockout victory over Eldarov. Seeing the outcome of their clash, it was hard to imagine that both men were actually childhood friends.

Eldarov first met Nurmagomedov at age 14 when the latter’s late father and head coach Abdulmanap took him under his wing. Since then, they were on the same mat polishing their skills together, eventually becoming brothers-in-arms. 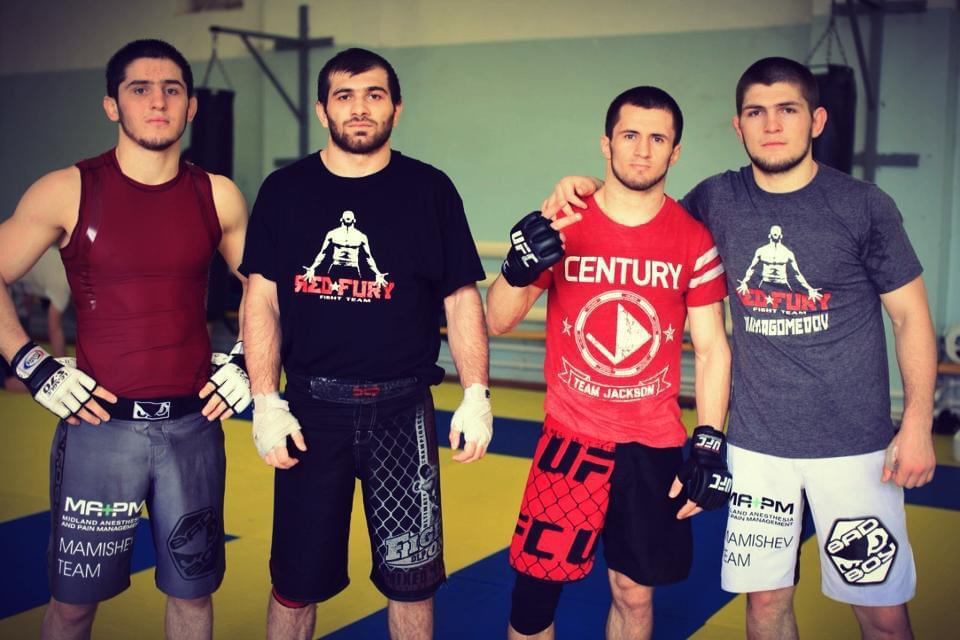 For Eldarov, his match with Nurmagomedov was just an amicable competition between friends who shared the same dream of carving a niche in the sport.

“We’re close friends. We did a lot of fun and crazy things back in the day. In that fight, we’re just like training because we did the same thing at the gym, with the same level of intensity. It was nothing personal. To me, it was just like hard sparring,” he stated.

“The fight was short notice. We only agreed to fight each other because we were both desperate to find fights,” Eldarov continued. “After the fight, we were together celebrating as nothing happened between us in the cage.”

After his one-time encounter with Eldarov, Nurmagomedov continued to rack up win after win in the local circuit, cementing his status as an elite Russian prospect with a perfect record of 15-0.

Despite his reputation in his country’s MMA scene, Nurmagomedov was under the radar of the Ultimate Fighting Championship. Eldarov thought of reaching out to the Las Vegas-based promotion.

“I was 20 years old when I first tried to touch base with the people from the UFC. I can speak English. I was on Facebook, and only a few people in Dagestan knew about the website before. I was keen on establishing a network of fighters, coaches, and gyms in America, and I did,” he recalled. “At one point, I was told, ‘You know, we have a friend who works with Dana White (UFC president).’ They were asking about Shamil Zavurov. But M-1 Global would not let him go.”

“Maybe they didn’t believe the inquiry was serious. Then I offered them Khabib,” Eldarov added. “However, the problem was that Khabib didn’t have a fighter’s profile online. We had to look for footage of his past fights, compile them, and then upload those on the internet. We were asked to fill out tons of questionnaires, list fights, and send many videos. Fortunately, our application was accepted. One day, the UFC sent me the contract.”

He quickly broke the good news to Abdulmanap, who unreluctantly gave his stamp of approval. The legendary trainer then made a personal request to Eldarov, who was a law student by day at that time, to review the details of the agreement.

“We signed the contract immediately, but he (Abdulmanap) constantly reminded me to read it. He frequently asked questions like ‘What will they do in case of injury?’ or ‘Will there be medical insurance?’ Things like that. He just wanted Khabib to be safe,” he shared.

To this day, Eldarov can still describe how Nurmagomedov reacted when he showed his teammate the sought-after UFC deal.

“Khabib didn’t believe me at first when I told him. I had to prove that it was all true and not a joke,” he revealed.  “He did not sleep until the morning. He came to me at 6 o’clock in the morning. We went to an internet cafe to print the contract.”

His role didn’t just end there as he played the part of Nurmagomedov’s stand-in English translator in communicating with UFC officials and his then-American handler.

As a way of expressing his gratitude to Eldarov, Nurmagomedov chose to put his friend’s name in one of the entries on his official UFC profile.

“Fighters were asked to fill out a questionnaire, and I helped him out with that. There were several questions that we had to answer, and one of them was ‘Do you have any heroes?’ Of course, I asked him. He answered by uttering my name,” Eldarov said with a good smile. “Khabib was serious, so I typed it. We didn’t know that it was for the UFC website.” 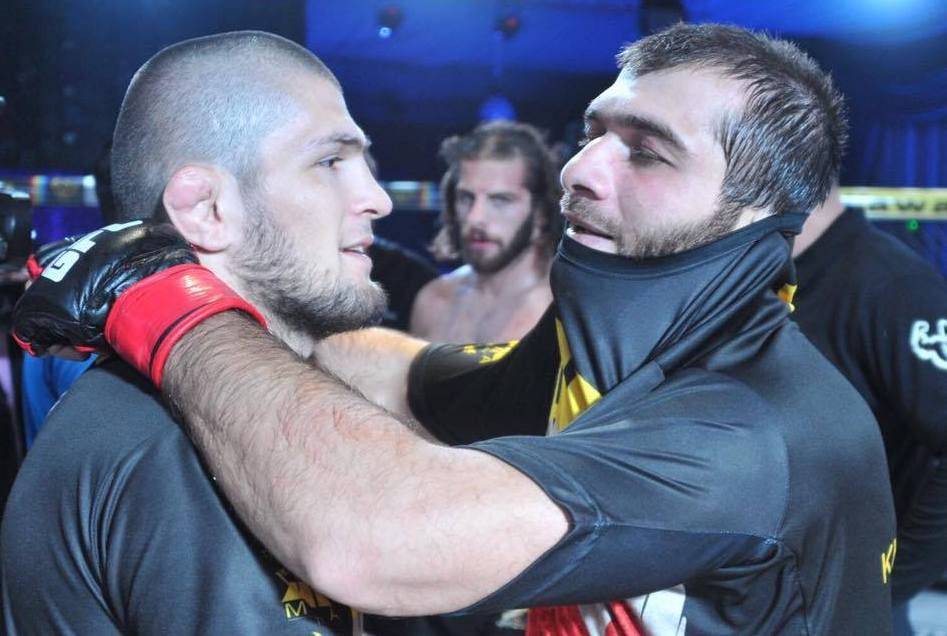 Nurmagomedov made his UFC debut in January 2012, submitting Kamal Shalorus with a rear-naked choke in the third round. A few years later, he captured the organization’s lightweight championship.

This past October, Nurmagomedov decided to call it a career following his scintillating second-round submission of Justin Gaethje in a lightweight title unification.

Like Nurmagomedov, Eldarov also felt what it was like to have an intricately-crafted belt around his waist when he routed Mounir Lazzez to clinch the inaugural BRAVE CF super lightweight championship.

Eldarov is set to make the first defence of his world title against Brazil’s Leonardo Mafra in the main event of BRAVE 46, which takes place in the beautiful Russian city of Sochi this Saturday, January 16.