by Glenn Williams
in MMA News
0

After a few months of searching, I have found the right candidate to help sign off my question of, ‘Is Wales a fighting nation, or a Rugby nation?’ 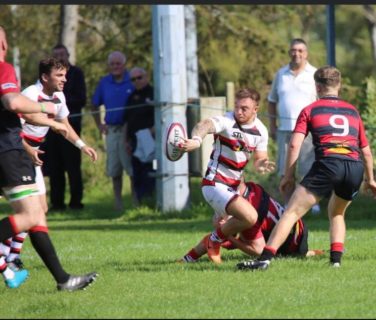 Cameron is an Aberavon Harlequin wing, who like many in Wales thrive on the adrenaline a sport like rugby brings. Here we chat about all his martial arts experience, his rugby club, lockdown fitness, and of course, he answers my question. Hope you enjoy.

Glenn – Cameron, thanks for taking the time out to help me. How are coping and how have you been keeping busy?

Cameron – My pleasure Glenn, I’m not too bad thanks, mate. I managed to snap up some gym equipment at the start of lockdown so I’ve got a nice little set up going. I’ve been doing my runs also and biking a lot, mixing it up with HIIT and circuits. So I have been busy, and I feel fit.

Glenn – Nice. So as an MMA fighter, you’re still learning your trade, I know your active in boxing as well as K1. Is MMA the route you want to go down?

Cameron – Definitely. Traditionally my gym, KGB, under James Wallis, has been renowned for its striking. But we have recently merged with CRA who are running grappling classes at our gym. Which is helping all our fighters evolve from just stand up, to being well rounded. MMA is definitely my long term sport in terms of ambition but doesn’t necessarily mean I won’t be persuaded to have the odd boxing bout or k1 here and there.

Glenn – Yes that can only help yourself and team. You also play rugby for your local club, Aberavon Harlequins, how do you find juggling Rugby alongside MMA?

Cameron – It is tricky. They have their similarities but also their differences. In terms of physical fitness, they go hand in hand. But on the flip side, I need to be as light as possible to gain a physical edge in fighting, but for Rugby, it’s opposite. So you can see the difficulty. I find the lighter I am I tend to get bullied at rucks, not that I’m there much, but when I’m heavier, not so much.

Glenn – Do you think the stricter rules have affected the way you play?

Cameron – There have been many rule changes in rugby over the recent years. I can’t keep up. One thing noticeable is rugby is getting softer. And it’s getting worse. I don’t know where they draw the line, you can’t seem to do anything these days. I’m all for protecting the players but it seems you can’t put a big hit I’m these days.

Glenn – I totally agree. I feel there’s no room in the sport for players like me anymore. Do you think rugby is losing more and more players to MMA as a result? And would you ever not play because of the rule change?

Cameron – We are definitely seeing more and more moving to martial arts  I think we have it wrong in Wales especially the academy system, it’s forcing young lads to fall out of love with the game. I myself would not play because of the rule change but I would be lying if I said I still loved the game as much as I did a few years back.

Glenn – Yes, I will always love the game. Just won’t play again. So I think you answered my question but il ask anyway, is Wales a fighting nation, or a rugby one?

Cameron – Well, I’d like to say both. Wales’ love of rugby is very apparent and we have a whole nation behind the team when they play. But you can’t ignore the history of Wales as a fighting nation such as Enzo Macrinelli, Joe Calzaghe, and of course the four Welsh boys in the UFC.

Glenn – Exactly Cam. We got a long way to go, but there is definitely fight in our blood. On that note, I will wish you, and the boys at Aberavon Quins the best of luck in your quest for glory next year and I’ll see you on the MMA circuit soon.

Cameron– My pleasure Glenn. Thanks for having me. 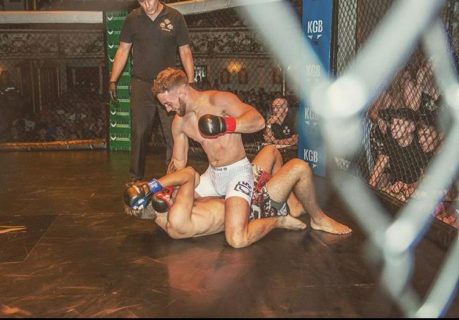 And there you have it. I tried to look for a link in the drop of numbers from rugby, and an obvious increase in MMA, but unfortunately, I couldn’t find a direct link. Wales definitely has a long line of fighters hidden in our valleys, but it’s the oval ball that leads the way. Hope you enjoyed my series. Sledge signing off……

Across the Pond Profile: Brittney Cloudy of Team Oyama MMA and Fitness